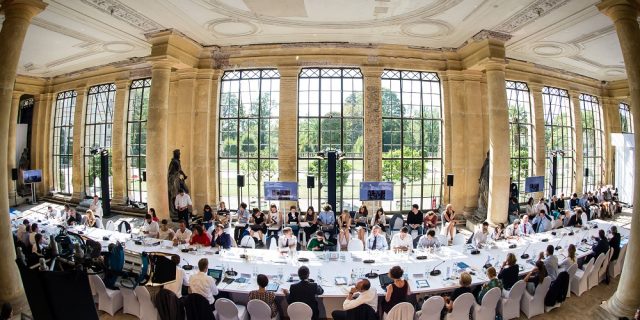 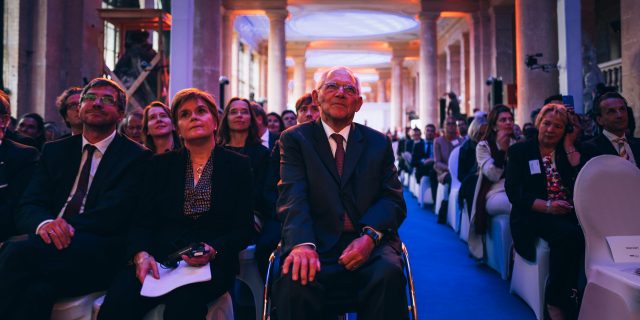 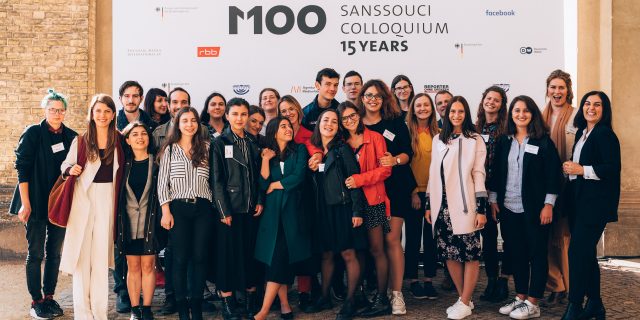 18 August 2022. At this year’s M100 Sanssouci Colloquium, Federal Chancellor Olaf Scholz will give the keynote speech at the M100 MEDIA AWARD ceremony. The international media conference will take place on 15 September at the Orangerie Sanssouci in Potsdam.

Russia’s military attack on Ukraine, the resulting consequences for Europe and the role of the media are the focus of this year’s M100 Sanssouci Colloquium in Potsdam. The brutal invasion is the largest armed conflict on the European continent since the end of the Second World War, with enormous consequences for geopolitics, the economy, democracy, society and the environment. How does Europe, how does the Western world want to defend and strengthen democracy, freedom, freedom of the press and freedom of opinion?

Federal Chancellor Olaf Scholz: “It is basically constitutive for a functioning democracy: the free and independent press. Especially in times of disinformation like we are experiencing, it is indispensable. Because the bitter truth is: disinformation works. And where disinformation is total, where no dissenting information can be perceived, the outrageous becomes sayable and horrific crimes possible. Russia’s cruel war of aggression and annihilation against Ukraine proves this. It is therefore all the more important that we come together in Potsdam within the framework of the M100 Media Award to honour those who, with their work, often also dedicate their lives to strengthening freedom of opinion and freedom of the press, and thus always also to democracy.”

Mike Schubert, Mayor of Potsdam and Chair of the M100 Advisory Board:
END_OF_DOCUMENT_TOKEN_TO_BE_REPLACED 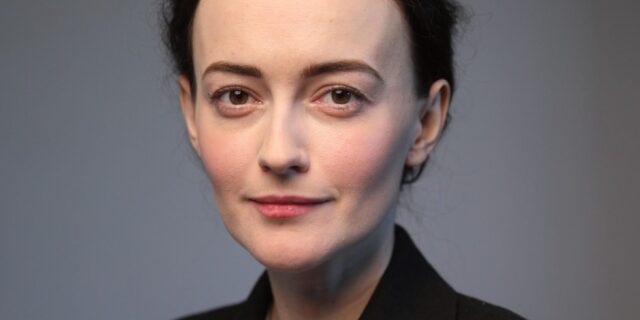 12 August 2022. Olga Rudenko, Editor-in-Chief of The Kyiv Independent, will give the opening speech at this year’s M100 Sanssouci Colloquium on 15 September.

Olga was previously deputy editor-in-chief of The Kyiv Post. She has written for international publications and was a fellow at the Chicago Booth School of Business in 2021. In May 2022, Olga was on the cover of Time Magazine’s double issue.

The Kyiv Independent is a Ukrainian, English-language, multi-award-winning news platform founded in November 2021 by the former editorial staff of the Kyiv Post. They were previously fired by the Kyiv Post for defending their editorial independence.
The Kyiv Post, which until then had been the global voice of Ukraine, was shut down on 8 November 2021, a few days after celebrating its 26th anniversary.

11 August 2022. 5 weeks to go until the M100 Sanssouci Colloquium begins! Find out what makes the conference so special, so unique, in the video.

The 18th edition of the international media conference takes place on Thursday, 15 September 2022 from 9.30 a.m. at the Sanssouci Orangery in Potsdam. Under the title “War and Peace. A New World Order“, the discussions will focus on Russia’s military attack on Ukraine, the resulting consequences for European domestic and foreign policy, and the role of the media.

More than 60 international editors-in-chief, historians, academics and representatives of independent organsisations as well as 21 young journalists from 17 European countries who have previously participated in the M100 Young European Journalists Workshop will discuss the topics “European digital strategic autonomy”, “Europe’s role in a new world order” and “Information as a weapon” (9.30 – 16.30). You can find the agenda here.

In the Special Talk “Left Alone?” (17.00) Wolfgang Ischinger, former Chairman of the Munich Security Conference, will talk to Vjosa Osmani-Sadriu, President of the Republic of Kosovo since April 2021, about the tense political situation in the Balkans, what this means for the EU and Ukraine, what contribution the Western Balkans can make to a stable European Community in the face of a new world order and how Europe should shape its relationship with Russia in the future.

The presentation of the M100 Media Award starts at 19.00. Since 2005, the non-endowed prize has been awarded at the conference to personalities who stand up for democracy, freedom of opinion and freedom of the press. Previous recipients include Bob Geldof, Ingrid Betancourt, Hans-Dietrich Genscher, Kurt Westergaard, Vitali Klitschko, Charlie Hebdo, Roberto Saviano, Natalia Sindeeva, Nicola Sturgeon and Alexei Navalny.

This year’s decision will be announced soon.