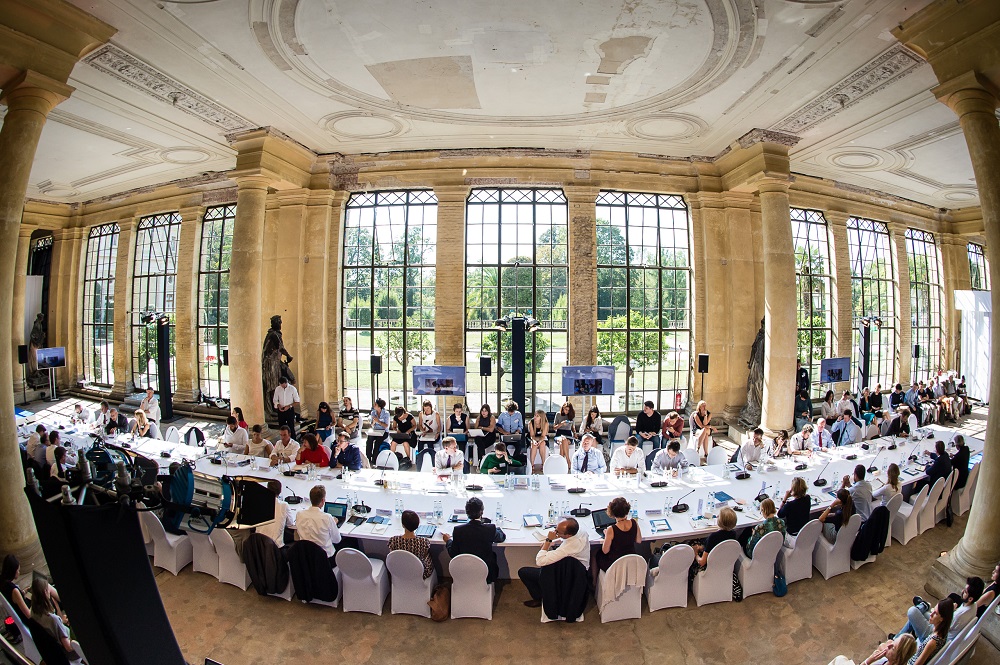 Independent media and the ideal of a fact-based, trustworthy reporting are a great European asset, a pillar of democracy. Functioning journalism is essential to counter polarisation and authoritarianism, to preserve and strengthen democracy.

Every September, the international media conference M100 Sanssouci Colloquium in Potsdam brings together around 100 representatives of traditional, established and young, independent, democratic media from all over Europe and beyond to discuss together with representatives from politics and science current socio-political developments and tendencies and the role and influence of the media in international affairs.

Founded in 2005 by a group of leading personalities from the worlds of media and politics, the aim of the Forum is to explore new, constructive forms of cooperation and to strengthen democracy, freedom of opinion and freedom of the press in Germany, Europe and the world. As a bridge builder between East and West, the M100 Sanssouci Colloquium promotes media relations and uncovers differences, but also similarities in the challenges facing the media in different cultures and regions.

The M100 Media Award, presented in the framework of the conference, recognises individuals who have made outstanding contributions to protecting freedom of expression and deepening democracy.

The M100 Young European Journalists Workshop, which takes place in the run-up to the Colloquium, promotes intercultural exchange between young journalists from all over Europe. The focus is on conveying practical and theoretical knowledge of journalistic work, as well as an understanding of democracy, openness and tolerance.

The annual M100 conference is an integral part of Potsdam’s identity as a media city. The conference also serves as an ambassador for a city steeped in history, where the Great Elector Friedrich Wilhelm of Brandenburg issued the “Potsdam Edict of Tolerance” as far back as 1685. With the Potsdam Agreement in1945, the reorganisation of the post war world was negotiated here. Since 2008, the city has been underlining its commitment to cosmopolitanism and tolerance with the New Potsdam Tolerance Edict.

The M100 Sanssouci Colloquium traditionally takes place in the historic buildings of the UNESCO World Heritage Palaces and Parks in Potsdam, such as the Orangery of the Orangery Palace Sanssouci or the Palace Theatre of the New Palace.