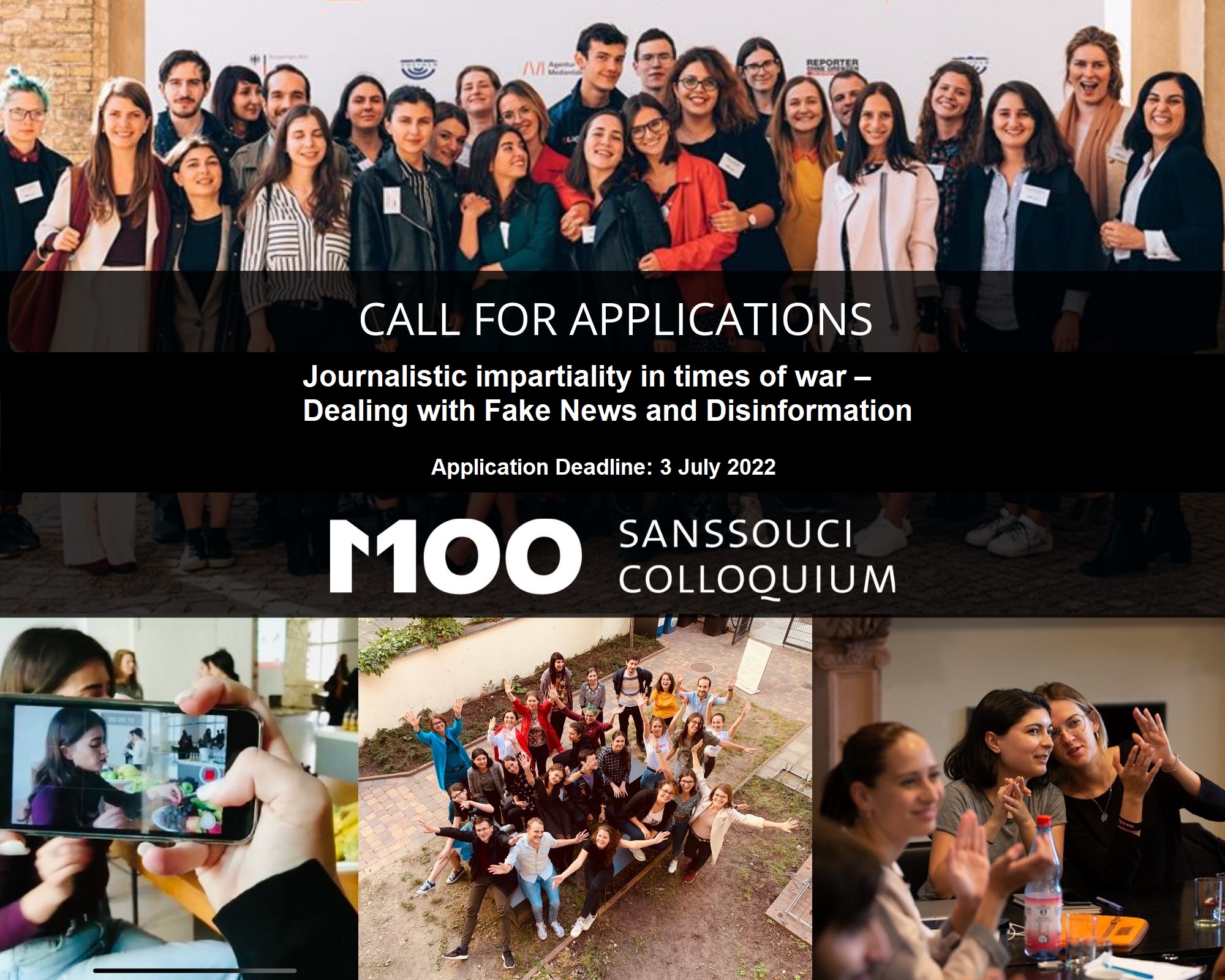 In our six-day M100 Young European Journalists Seminar, which we are organising in cooperation with the Friedrich Naumann Foundation, we want to teach participants how to recognise fake news and how professional fact checkers and platforms like Facebook deal with the growing flood of false news and disinformation. How Fake News is dealt with during the war, how it is recognised and how it is combated and what is needed for this. What role traditional and social media play. What dynamics they develop and how journalists and fact-checkers in trouble spots and in various other countries in Europe deal with them.

In the European Year of Youth, the M100YEJ wants to contribute to making the opinion of young people from all over Europe (EU and Eastern Partnership countries) more heard, to support them in their professional development in the field of journalism, to provide them with new skills, to connect them with important key figures from the media industry across Europe and thus to improve their opportunities and career prospects.

A part of the workshop we want to dedicate to the topic of “mental health in journalism“. Because without mental fitness and mental strength, coping with the daily routine of journalism with its many responsibilities is almost impossible.

At the end of the workshop, the results will be summarised and presented at the M100 Sanssouci Colloquium on 15 September in Potsdam by the M100YEJ participants.

Application requirements:
Young journalists between 20 and 30 years old from Europe, including countries of the Eastern Partnership countries, can apply by submitting a text in English to one of the two following subjects:
● What are your experiences with fake news and disinformation in your daily work? How important is it in your editorial/journalistic work? Have you already had your own concrete experiences with fake news? If yes, which ones? What are the main causes of fake news and disinformation in your opinion and how could they be combated?

● Mental health has become more important in the last two, three years. How important is the topic for you personally? In your professional environment? What experiences have you had with it as a journalist? Should more attention be paid to the topic? If yes, why, if no, why not?

Application: Please send your text (max 6.000 characters including spaces), your CV (with your date of birth), as well as a short motivational statement, stating your reasons for applying for this particular workshop. Please send your application in one PDF file not larger than 2 MB. Only applications in English can be considered.

We will inform you about our decision by 15 July latest.

M100 will cover the travel and accommodation expenses as well as meals on the day and help with the VISA facilitation.

The M100YEJ is an initiative of Potsdam Media International e.V. and is funded by the Friedrich Naumann Foundation, amongst other.