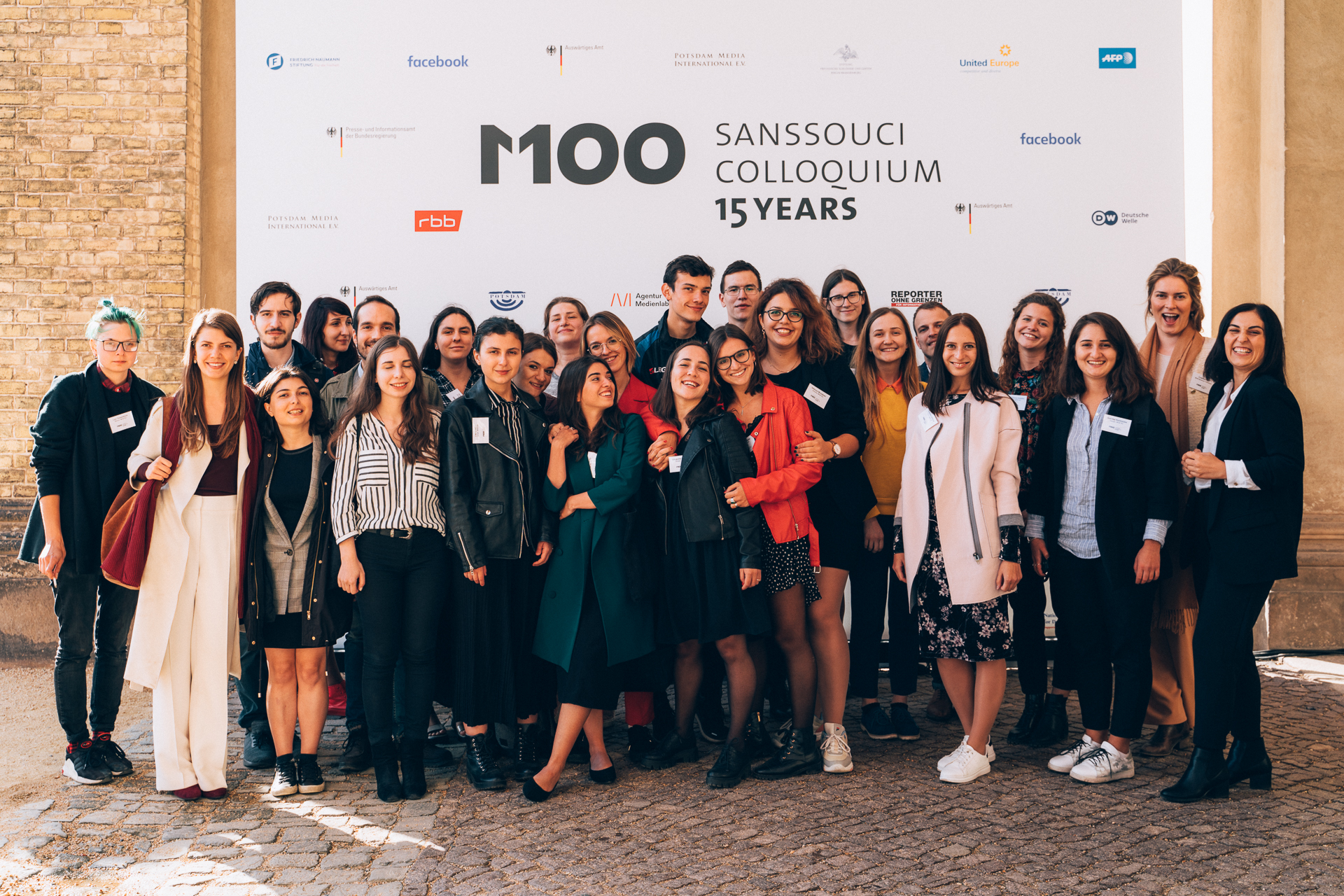 The M100 Young European Journalists Workshop (M100YEJ) was initiated in 2005 as part of the M100 Sanssouci Colloquium. Every year, the workshop is addressed to 25 young journalists between the ages of 18 and 26 from Europe, the countries of the Eastern Partnership and Russia. In addition to the cultivation of practical and theoretical knowledge relating to journalistic work, the workshop also seeks to generate professional contacts and long-term ties among participants. Previous workshops have met with a great response: even several years later, over 90 percent of participants are still in contact on social media or meet in M100 alumni meetings. Some of the M100 alumni now work for successful independent European media, such as De Correspondent in the Netherlands or Hromadske.TV in Ukraine. Others have founded their own media organisations, such as the investigative network Correctiv or the international reporting platform Outriders.