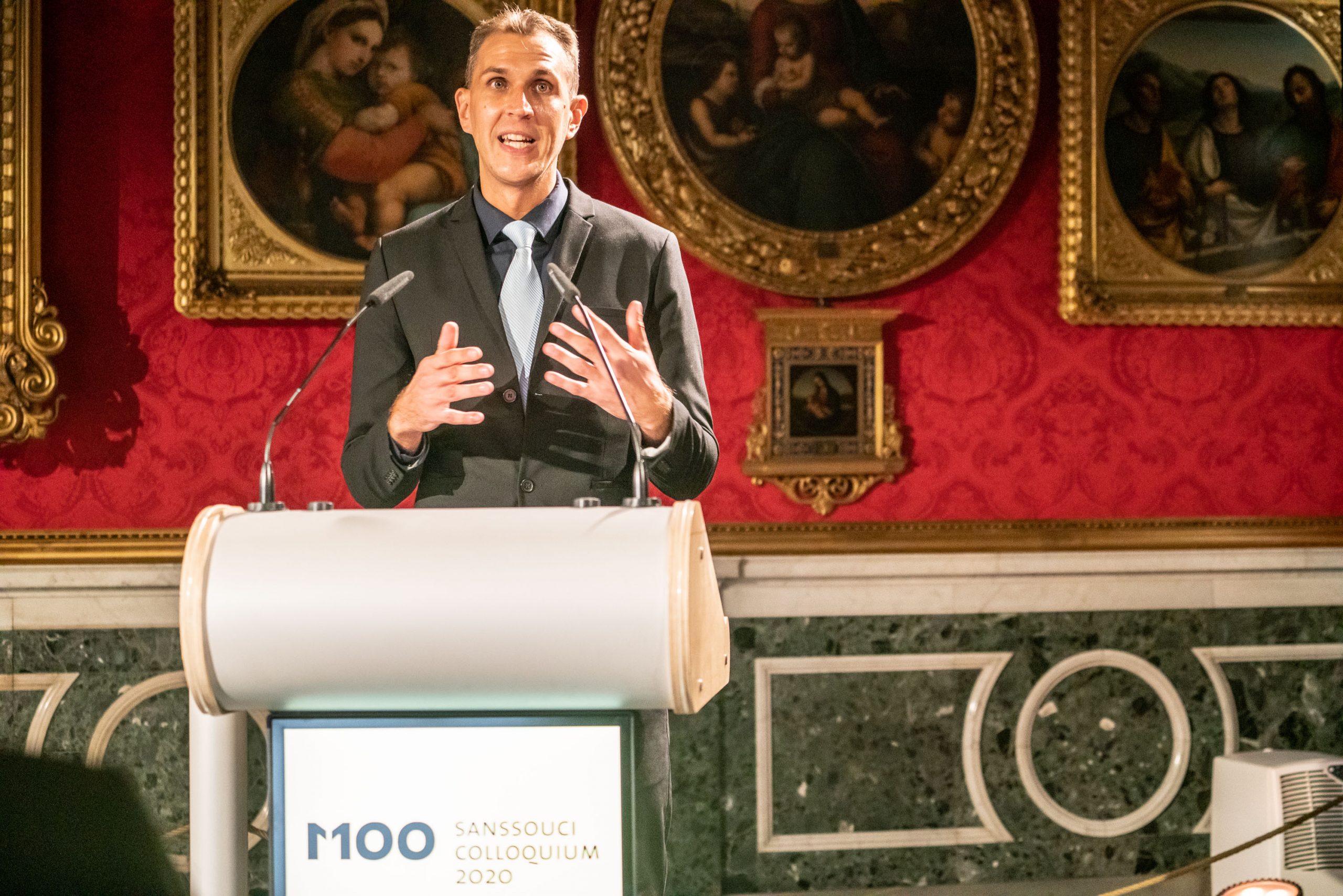 Two months ago I wouldn’t have thought that I would be standing here before you in Potsdam thanking you for this important award.

Two months ago I was sitting in a newsroom in Hungary as an editor-in-chief, fighting for the staff of the country’s most-visited news site to stay together.

Two months ago I was leading the tightest-knit newsroom of Hungary that always took a stand by and fought for the freedom of the press. Freedom of the press that meant for us that we could work without external pressure and that only the readers‘ interests mattered. That is why hundreds of thousands, later millions of people had been reading us.

Two months ago I was dismissed from the helm of this newsroom, because I let the public know that the staff feels that the site and they were in danger. I let the public know that it jeopardises a news site if outside powers try to interfere with its operation for unclear reasons. I was dismissed because I drew a clear line showing where the staff thinks freedom of the press ends.

My sacking was a clear limit for the staff; all of the journalists resigned and left the site behind without a word, the site that was not only their workplace but an important part of their lives.

We did not ask for a lot, we only wanted our two main principles to be respected. Years ago we declared that there is not a good news site without editorial independence and an undisturbed staff. We held onto these right up to the very end, we’ve never let anybody tell us what to write or what not to write and whom we can work with and how.

We still do not know the exact reasons why our values came under attack and why some people wanted to disintegrate our organisation. Even though the name of a government politician was uttered while they tried to force the organisational overhaul onto us, we never regarded this as a political matter. The staff wanted to maintain their autonomy against all outside forces, and I am proud of my colleagues for proving that these values really matter to them.

The entire world could see the uplifting and heartwrenching video of these honest and dutiful people lined up to hand in their resignations. That was the end of the largest news source of Hungary as we knew it, the site that hundreds of thousands of people had read every day collapsed in a single moment.

Some people tried to give intentionally misleading explanations for my firing and the quitting of the staff. The media linked to the Hungarian government had immediately started a denigration campaign against me and my co-workers. They wanted to present me, us as criminals. My former boss, the representative of the proprietor, the person who fired me, had said that in Germany, police would have taken me away in handcuffs. But I see that here in Germany, you think differently: you awaited me with an award here in Potsdam instead of a ball and chains. Thank you for that.

But this honor does not only belong to me but the entire outgoing staff who had taken a stand by free and independent press all throughout. Almost the entirety of the 90-strong newsroom had quit and proven that they are not willing to go into bad compromises and work under external pressure. They should all be here by my side. I thank you all on their behalf.

My former colleagues, my friends have understood this well, and they are fighting against silence: they are now trying to put a news site together called Telex. A news site that can write freely about anything and anyone. A site that is independent from politicians, parties, oligarchs, and other economic actors. A site that only keeps the interests of its readers at heart. I believe this community deserves all the support they can get for creating and operating this new site. Then they can write media history once again, as they already did two months ago.

What my former colleagues did, how they took a stand, is no private matter. It is not the internal affair of a corporation. Moreso, it is not even a Hungarian matter. Standing up for free and independent press is not only about Hungary, but about our common European values. This is how this story, our story became a European cause.

I thank you all very much for using this award to shine a light on this European cause.