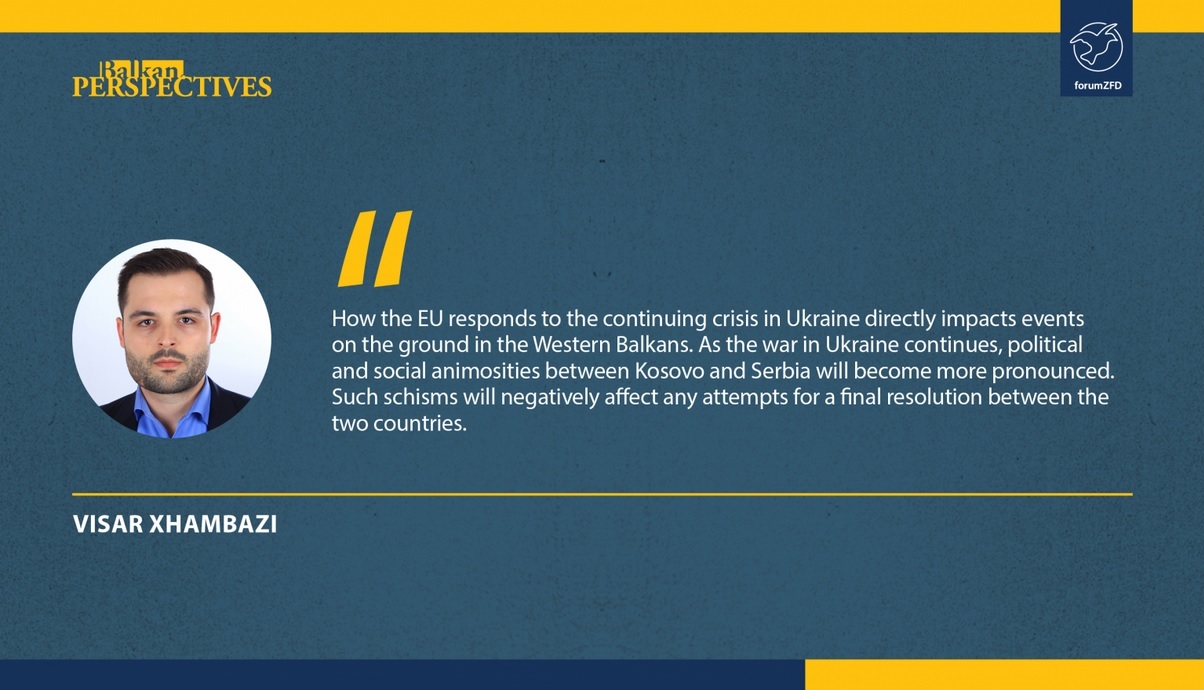 21 July 2022. Visar Xhambazi, M100 alumnus, works as a project manager at Sbunker, a blog on current affairs in Kosovo, covering politics, society and economics. His text first appeared on “forumZFD“:

“President Vladimir Putin’s decision to invade Ukraine on February 24, 2022, stunned the world. That move produced seismic shockwaves across Europe, and in particular in the Western Balkans, a region which went through the devastating consequences of war only three decades ago. People in Kosovo and in the Western Balkans understand the consequences of war, ethno-centric narratives, and nationalism. There are many in Kosovo who are following the news about Ukraine with a sense of fear and paranoia.

This region is full of uncertainties and not yet reconciled. Political obstacles, authoritarian tendencies, socio-economic challenges, and inter-ethnic divisions are still present, despite the push to bring the region closer to the European Union (EU).

The Kosovo-Serbia dialogue facilitated by the EU has failed to achieve a final settlement. Albania and North Macedonia are still waiting to open EU accession talks despite progress in domestic reforms. Bosnia and Herzevogina has been subject to serious political and social crises, while Montenegro and Serbia have been going through a sluggish EU accession process.

The war in Ukraine will have a long-lasting impact in Europe, especially in the Western Balkans. In particular, the war has brought into question whether the EU is capable of pushing for conflict resolution, especially pertaining to the Kosovo-Serbia dispute, and whether violence is still a possible option for countries to achieve their objectives.”