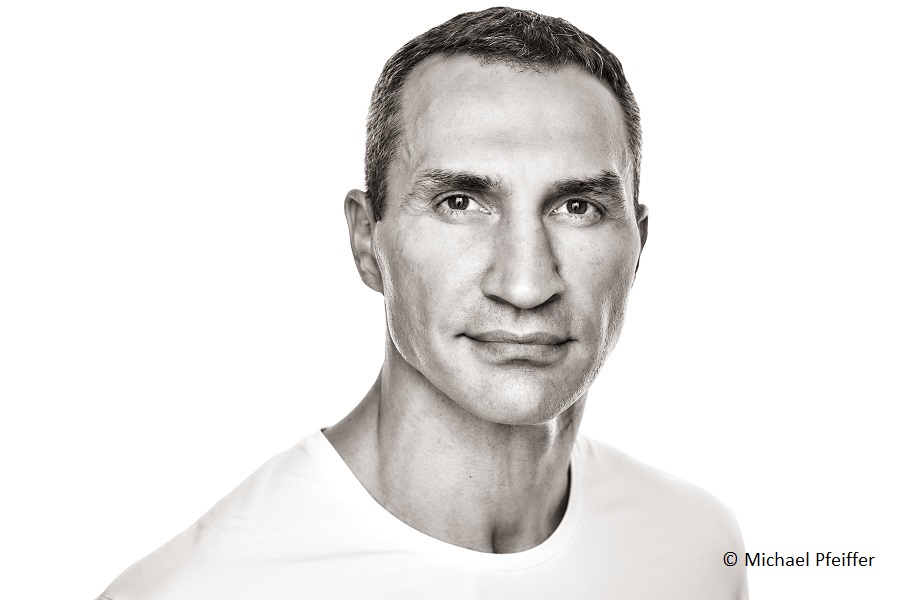 Potsdam, 6 September 2022. The people of Ukraine have been resisting Russia’s brutal invasion with stoic fortitude for months and defending their freedom and sovereignty on European soil. The M100 Advisory Board therefore decided to honour the people of Ukraine with this year’s M100 Media Award. Since the beginning of the Russian invasion Dr. Wladimir Klitschko has been vocally calling on the international community to take a stand against the injustice of this war. He will accept the award on behalf of his fellow citizens.

Dr. Wladimir Klitschko is one of the most prominent and influential voices in Ukraine. He gave up his life as a successful entrepreneur and coach in Germany at the beginning of the Russian invasion and has been fighting for independence, democracy and freedom in his home country ever since. Uses his international contacts to tirelessly lobby political and business leaders worldwide to support Ukraine. Stands by his people together with his brother Vitali, mayor of Kyiv , who was awarded the M100 Media Award in 2014 as the representative of all democratic movements in Ukraine. “We will defend ourselves with all our strength and fight for freedom and democracy,” said Wladimir Klitschko. “We will fight as long as we live.”

The award ceremony will take place on Thursday, 15 September at 7:00 pm in the East Wing of the Orangerie Palace Sanssouci.

The laudations will be held by the American Ambassador to Germany, Amy Gutmann, and the Chairman of the Civic Platform and former Polish Prime Minister Donald Tusk (via video). The main political speech at the award ceremony will be given by German Chancellor Olaf Scholz.

“With heroic courage and indomitable will, the Ukrainian people have been defending themselves for months against Russia’s brutal invasion,” the M100 Advisory Board, chaired by Potsdam’s Lord Mayor Mike Schubert, emphasize. “No nation in the world has demonstrated the value of freedom and its fragile vulnerability as passionately as Ukraine in recent months. The country is fighting a heroic battle for its values: independence and freedom. And defends them day after day, hour after hour under deadly fire. What we take for granted, Ukrainians have been trying to preserve for themselves at the risk of their lives for months. A people that has become one nation in its darkest hours and strives for democracy in its hardest times. Their suffering is not debatable. It is a war against democracy, freedom and our value system. The people of Ukraine deserve our deepest respect, esteem, support and solidarity. They are fighting for us, too.”

At the M100 Sanssouci Colloquium, the focus this year is on Russia’s military attack on Ukraine, the resulting consequences for Europe and the role of the media. Russia’s invasion of its independent neighbouring state is the largest armed conflict on the European continent since the end of the Second World War, with enormous consequences for geopolitics, the economy, democracy, society and the environment. The approximately 70 participants from all over Europe will discuss how Europe and the Western world want to defend and strengthen democracy, freedom and freedom of the press and opinion.