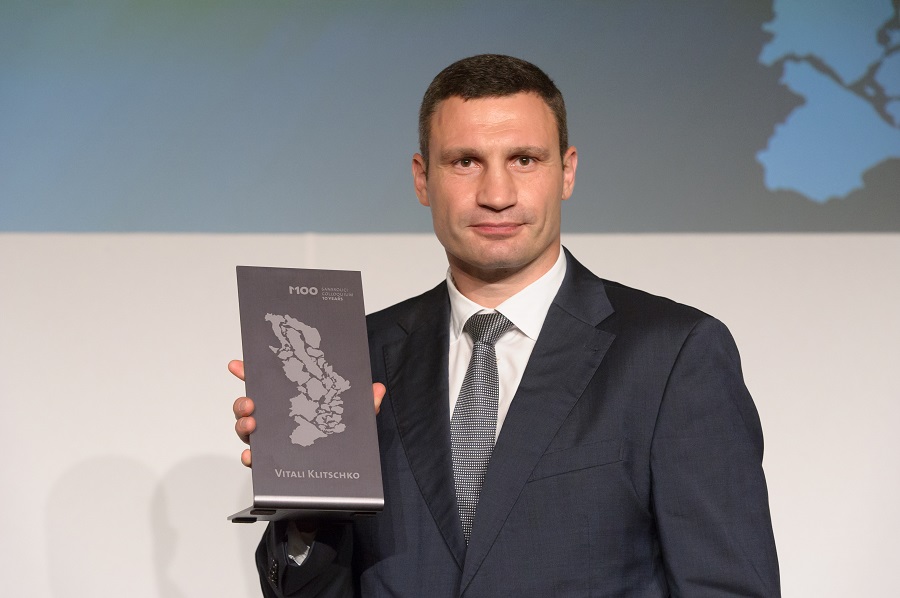 Potsdam, 25 February 2022. The Advisory Board of the M100 Sanssouci Colloquium, chaired by Potsdam’s Lord Mayor Mike Schubert, expresses its solidarity with the Ukrainian people and with Vitali Klitschko, Mayor of Kiev and M100 Media Award laureate 2014. In 2014, Klitschko was the face of the largely democratic, pro-Euroepan opposition which achieved the dismissal of former President Viktor Yanukovich. To this day, as mayor of the Ukrainian capital, he is a symbol of Kiev’s and the entire Ukraine’s desire for freedom.

“Even as a Lord Mayor I can only guess the great pressure in this terrible war situation on Vitali Klitschko and his fellow mayors who have to organise civil defence. Our thoughts are with the people in Ukraine who have been affected by Russian aggression,” said Potsdam’s Lord Mayor Mike Schubert. “We must and will do everything we can to end this brutal, senseless war that threatens the democratic order of Europe. As the Safe Haven Cities Alliance, in which 120 German cities are committed to taking in refugees, we will do everything we can to support the Ukrainians, with aid deliveries as well as by taking in those people who are forced to leave their homes.”

We, the members of the M100 Advisory Board, will do everything in our power to continue to give the people of Ukraine a voice in our media.