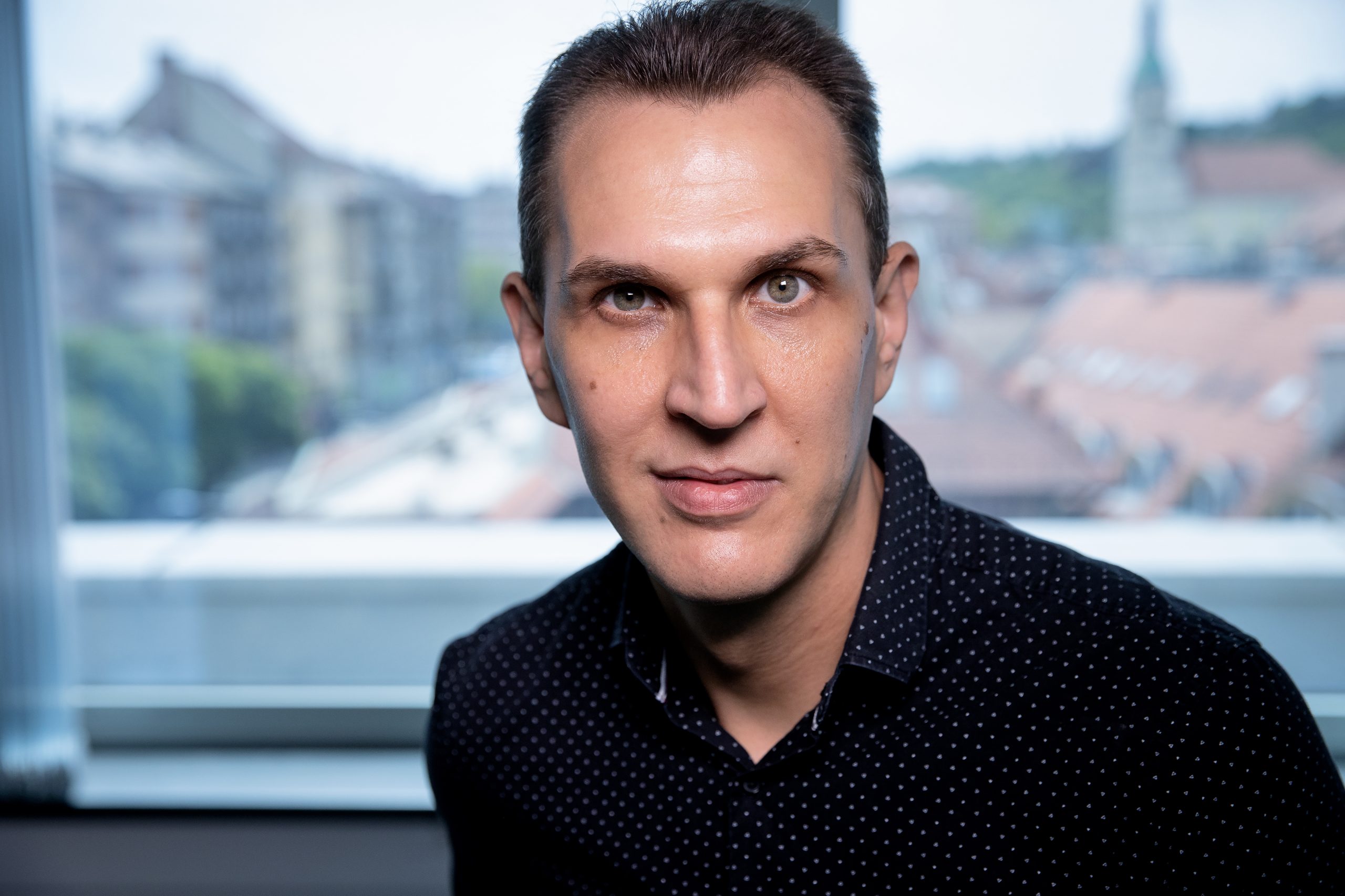 Potsdam, 7 September 2020. The international M100 Sanssouci Colloquium media conference is honoring Szabolcs Dull with the M100 Media Award for his advocacy of press freedom and independent journalism. Dull is the former editor-in-chief of index.hu, the largest Hungarian news portal. Council of Europe Commissioner for Human Rights Dunja Mijatovic will present the award to the journalist, who was fired in July.

With the presentation of the international M100 Media Award on the evening of 17 September in the Raffael Hall of Potsdam’s Orangery Palace, the M100 Advisory Board emphatically expresses its solidarity with the 36-year-old journalist, his advocacy of fundamental press-freedom rights and his struggle against external interference in editorial decisions.

The award-presentation speech will be given by Dunja Mijatovic, the Council of Europe’s commissioner for human rights and former OSCE representative on freedom of the media. “Any time journalists’ independence is undermined, it is democracy that is eroded. This is why we must stand up to protect journalists like Szabolcs Dull from undue interference with their work”, Mijatovic said.

Dull’s dismissal and the ongoing smear campaign against him being conducted by the country’s pro-government media is a “warning sign for the endangered status of media freedom in Hungary and beyond,” said M100 Advisory Board Chair and Potsdam Lord Mayor Mike Schubert.

Astrid Frohloff, TV presenter and journalist for rbb Fernsehen: “Szabolcs Dull is the latest prominent victim of Hungarian Prime Minister Victor Orban’s efforts to influence the press in that country. Dull had been repeatedly and publicly critical of the Hungarian government’s increasingly frequent attacks on the medium. As a consequence, Dull was fired. The M100 Award deservedly honors Dull for his courageous advocacy of press freedom.”

Sabine Schicketanz, editor-in-chief of the Potsdamer Neueste Nachrichten: “When this editor-in-chief was fired because his publication made the rulers of Orban’s Hungary too uncomfortable, because he refused to give way, the majority of his 100-member editorial staff also resigned. Because he stands up for democracy and press freedom, many others have joined him in this struggle. He serves as a role model. In Germany too, we must be mindful of this head room.”

Christian Rainer, editor-in-chief and publisher of Austria’s profil news magazine: “In Hungary, a dictatorship wrapped in the mantle of a democracy threatens Western Europe and its values. Victor Orban is an autocrat sitting at the European Union’s table on an equal footing with freely elected democratic leaders. Szabolcs Dull and index.hu have to the end resisted the suppression of the freedom of expression and the elimination of the free press that has been systematically practiced in Hungary and other eastern European countries for years.”

Kai Diekmann, founder of Storymachine: “For years, Szabolcs Dull and his editorial staff represented one of the most important bulwarks against the loss of press freedom and the freedom of expression in Hungary. Index was one of Hungary’s largest independent media outlets. With the dismissal of Dull and his editorial staff, another step has been taken in turning Hungary into a country with a demonstrable lack of freedom. In the year of the 30th anniversary of German reunification, in which Hungary played a significant role by opening its borders, this is incomprehensible. Particularly that this is possible in the middle of Europe, by a member of the European Union, without any evident consequences imposed by the EU.”

Stephan-Andreas Casdorff, publisher of the Tagesspiegel: “Hungary – the beautiful country that opened the way to Europe’s peaceful unification and to democracy – must not be abandoned to a nightmare. The Hungarians deserve something better than an unfettered politics and the erection of new barbed-wire borders. Anyone who stands against these tyrannical tendencies in this sense absolutely deserves this prize.”

Leonard Novy, director of the Institute for Media and Communication Policy (IfM): “Media freedom has always been a precarious commodity. We no longer have to look to the history books to realize that what we have long regarded as democratic normality cannot be taken for granted, even in the EU. It is shocking how an autocrat like Victor Orban can proceed unimpeded against the independent press in the middle of Europe. It is thus all the more worthy of support when courageous journalists take great risks to oppose the erosion of democracy. Szabolcs Dull has given a face to the many journalists who have been fired, even in the middle of Europe, simply for doing their jobs.”

As an initiative of Potsdam Media International e.V., M100 is held in conceptual cooperation with the Institute for Media and Communications Policy and is sponsored primarily by the state capital Potsdam. Other sponsors include the Medienboard Berlin-Brandenburg, the National Endowment for Democracy (NED), the Friedrich Naumann Foundation, the Land Brandenburg, as well as Germany’s Federal Foreign Office and its Federal Press Office. Cooperation partners include the Stiftung Preussische Schlösser und Gärten, Reporters Without Borders and the German Newspaper Publishers Association.