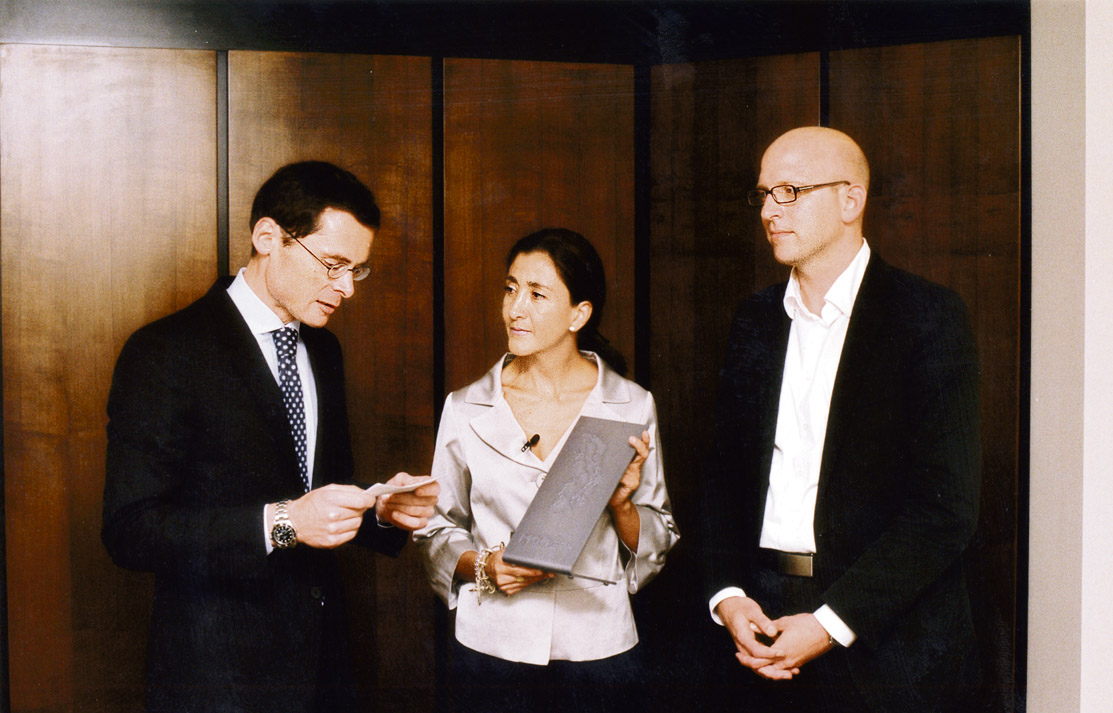 In 2008, the M100 Media Prize was awarded to Ingrid Betancourt. The Franco-Colombian politician was held hostage by the radical left-wing FARC Rebels for six and a half years, before being freed alongside three US citizens and eleven Colombian soldiers in July 2008. During her captivity, the former candidate for the Colombian presidency became a symbol for the struggle against violence and organised crime in her South-American home country.

Ingrid Betancourt grew up in France and returned to Colombia to become Senator and Member of Parliament. In 1997, she founded Oxígeno Verde (green oxigen), a party concerned with the eradication of corruption and the mediation between the government and FARC in Colombia. Shortly before her abduction, Madame Betancourt was elected as candidate for presidency of Colombia for Oxígeno Verde. As the daughter of Gabriel Betancourt – a diplomat in France and former education minister in Colombia – she has been an active proponent for liberty and democracy. She has continued her struggle, despite constant threats to her personal security. Shortly after her liberation, Madame Betancourt has manifested her desire to carry on campaigning for peace and prosperity in her country: “I want to continue serving the reconciliation process in my country.”

It is because of her immense courage, her bravery and fortitude in her life-time struggle for freedom and justness that the M100 jury has decided to award the 2008 Media Prize to Madame Betancourt. “Ingrid Betancourt has gained world-wide recognition as a freedom fighter dedicated to human rights and the abolition of dictatorship.“ The jury continues: “She suffered years of imprisonment and torture as a captive of guerrilla terrorist groups in her native country, Columbia. Freed only a few weeks ago she reemerged undaunted and determined to pursue her mission with renewed vigour and to maintain her campaign not just for Columbia but also in the world-wide fight against terrorism and arbitrary government. We are awarding the Sans Souci Prize to Ingrid Betancourt because her message and her example has been as important to Europe as to the whole democratic world.“

The price-giving ceremony will be conducted on 5th in the Schlosstheater (Neues Palais), Potsdam.