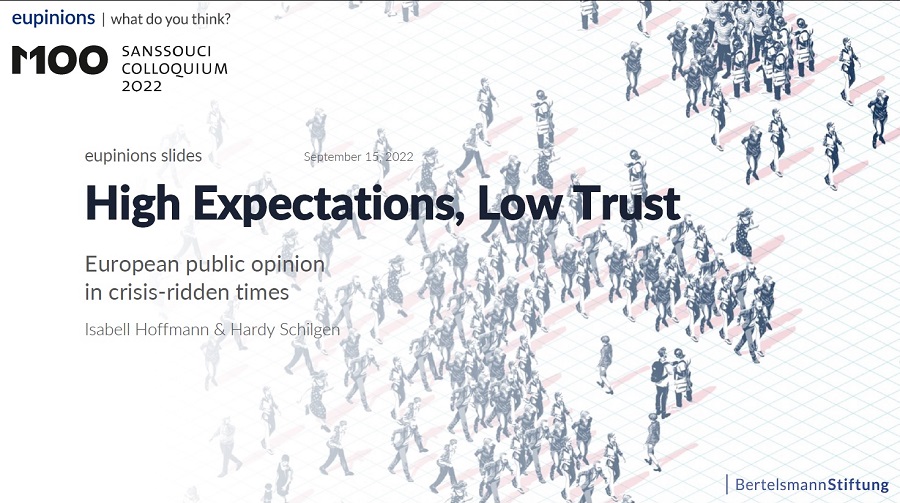 18 September 2022. “High Expectations, low Trust. European public opinion in crisis-ridden times” is the title of a recent study presented by Hardy Schilgen of the think tank eupinions at the M100 Sanssouci Colloquium last Thursday (15 September). The study (authors: Isabell Hoffmann and Hardy Schilgen) was conducted exclusively for the M100 Sanssouci Colloquium and presented there. The data were collected in June 2022, with nearly 12,000 online interviews. They are representative for the EU27 as a whole and for the individual Member States Germany, France, Italy, Spain, Poland, Belgium and the Netherlands.

In short, the findings are following: EU citizens want to see a more active European Union on the global stage and are generally satisfied with the political system of the EU. At the same time, their short-term expectations towards the EU to fulfil its potential in this regard are rather limited and trust in the “actors” of politics remains low.
Please read the entire study here.