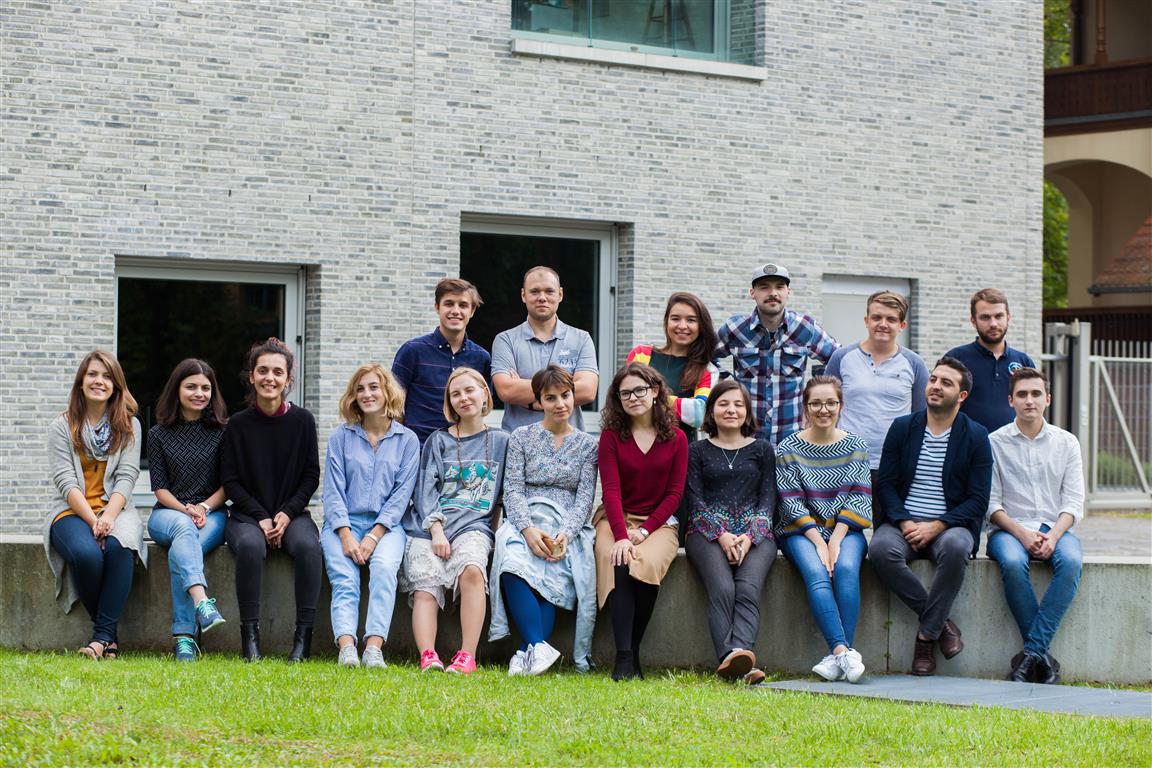 Potsdam, 16 July 2018. More than 70 highly qualified young journalists from Europe, the Eastern Partnership countries (Armenia, Azerbaijan, Belarus, Georgia, Moldova and Ukraine) and Russia have applied for the M100YEJ 2018. The 25 selected participants can expect a diverse programme at the interface of web video, social networks and political education.

Our journalists from post-Soviet countries are motivated above all by the great opportunity of social media in their home countries. The few independent journalists or journalistic media in the countries of the Eastern Partnership and Russia are under strong political and economic pressure. Only social media offer them space for independent journalism and a free formation of opinions far from one-sided media reporting close to the government. At the same time, they allow the free formation and organization of political groups.

That is why our participant Amaliya (23) from Armenia is aware that the protests in Armenia, which recently helped opposition leader Nikol Pashinyan take over the government, are mainly due to the social media. She therefore wishes to promote political education in Armenia in particular in order to raise young people’s awareness of propaganda content and to further promote democratic aspirations in her country.

Narana (28) from Azerbaijan also knows what it means to be active as a journalist in a country with very limited freedom of the press. The media platform to which it is committed is organised exclusively through social media and has an anonymous network to protect journalists from persecution. She considers web-video to be another important tool through which she can reach and move more people.

Our European participants are more concerned about the dangers of social media. They fear the spread of fake news and propaganda and a one-sided absorption of information through algorithms, whereby right-wing populist and anti-democratic movements could continue to receive support.

That is why Niels (24) from Belgium would like to use our workshop above all to set up a project that inspires young people for the European Union and informs them about the numerous disadvantages of nationalism.

Iulian (26) from Romania aims to promote the media competence of young people in his project and teach young people to distinguish fake news from reliable reporting. At the same time, he finds it important to get young people enthusiastic about politics again and would therefore like to learn alternative approaches in journalism at our workshop.

The aim of the workshop is to develop concepts for platforms that strengthen the European idea as well as freedom of expression and freedom of the press. Ideally, our participants will implement the projects in their home countries and achieve a multiplier effect for common democratic values. The young journalists are supported by experts in the field of online video and by prominent social media influencers. The workshop takes place in cooperation with the cross-media community channel Alex Berlin. At the end of the 6-day training, the results will be presented in a pitch and the best web videos will be published online at Alex Berlin. Finally, the young journalists will take part in the international media conference M100 Sanssouci Colloquium, which invites over 60 international chief editors, historians and representatives of political organisations to Potsdam to discuss the new transatlantic relationship, Europe’s agenda for the post-American era and the role of the media.