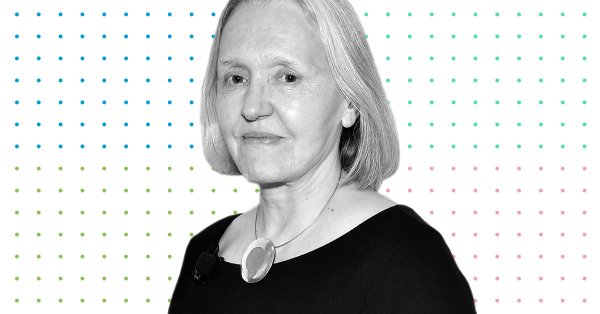 Potsdam, 12 August 2019. The sociologist Prof. Saskia Sassen and the Minister President of the State of Brandenburg Dr. Dietmar Woidke will open the international media conference M100 Sanssouci Colloquium on 17 September in Potsdam.

„From Pipedream to Reality – Democracy and the European Public Sphere” is the title of this year’s M100 Sanssouci Colloquium, bringing together international thought leaders from the worlds of media, politics, and academia to discuss the future of the European public sphere.

In 2019, Europe is weakened by the rise of illiberal forces, populism, and political and economic instability. At the same time, even the founding members of the Union are at odds with one another, lacking agreements on central issues ranging from refugees’ or climate policy and the reform of the Eurozone to the future of the EU. On 17 September, M100 will therefore focus on causes and ways out of the European crisis of understanding and the role of the media.

The award-winning sociologist and globalization theorist Prof. Saskia Sassen will provide the media makers at M100 with an alternative perspective on current EU challenges in her opening speech: For more than 30 years, she has been investigating the logic and structure of various crises. She is known for her counterintuitive analyses that cut through established “truths”. Sassen’s method is to make the invisible visible by conflating power structures and geography.

Saskia Sassen is the Robert S. Lynd Professor of Sociology at Columbia University and a Member of its Committee on Global Thought, which she chaired from 2009 till 2015. She is a student of cities, immigration, and states in the world economy, with inequality, gendering and digitization three key variables running though her work. She is the author of eight books and the editor or co-editor of three more books. Together, her authored books are translated in over twenty languages.

The Minister President of the State of Brandenburg Dietmar Woidke will welcome the participants of the conference. In the anniversary year of the M100 Sanssouci Colloquium, he emphasizes the relevance of M100: “For 15 years, M100 has been bringing together European media. I am delighted that this important conference is taking place in the state of Brandenburg – and at a time when freedom of expression and freedom of the press are increasingly being squeezed around the world. Our joint commitment to critical, independent quality journalism is a central question in the struggle for democracy. M100 is an important platform for this.”

The conference ends with the M100 Media Award ceremony to a person who has rendered outstanding services to the protection of freedom of the press and democratic values. Previous awardees include Lord Norman Foster, Dr. Bernard Kouchner, Bob Geldof, Ingrid Betancourt, Hans-Dietrich Genscher, Kurt Westergaard, Dr. Vitali Klitschko, Charlie Hebdo, Roberto Saviano, Natalia Sindeeva and Deniz Yücel. This year’s laureate will be announced in due course.

M100 will also host the M100 Young European Journalists Workshop in the run-up to the conference and the award ceremony. 25 young journalists from Europe, the countries of the Eastern Partnership and Russia will be invited to Potsdam and Berlin for an intensive nine-day training on “Reading in the Digital Age – Innovative Journalism”. Finally, the participants of the workshop will take part in the M100 Sanssouci Colloquium.

M100 is an initiative of Potsdam Media International e.V. and is mainly financed by the State Capital of Potsdam. Other supporters include the Federal Foreign Office, medienboard Berlin-Brandenburg, Federal Press Office, Friedrich Naumann Foundation and the National Endowment for Democracy. United Europe e.V. is our partner. Cooperation partners include the Stiftung Preussische Schlösser und Gärten, Reporters without Borders and the Verband Deutscher Zeitschriftensverleger (VDZ).