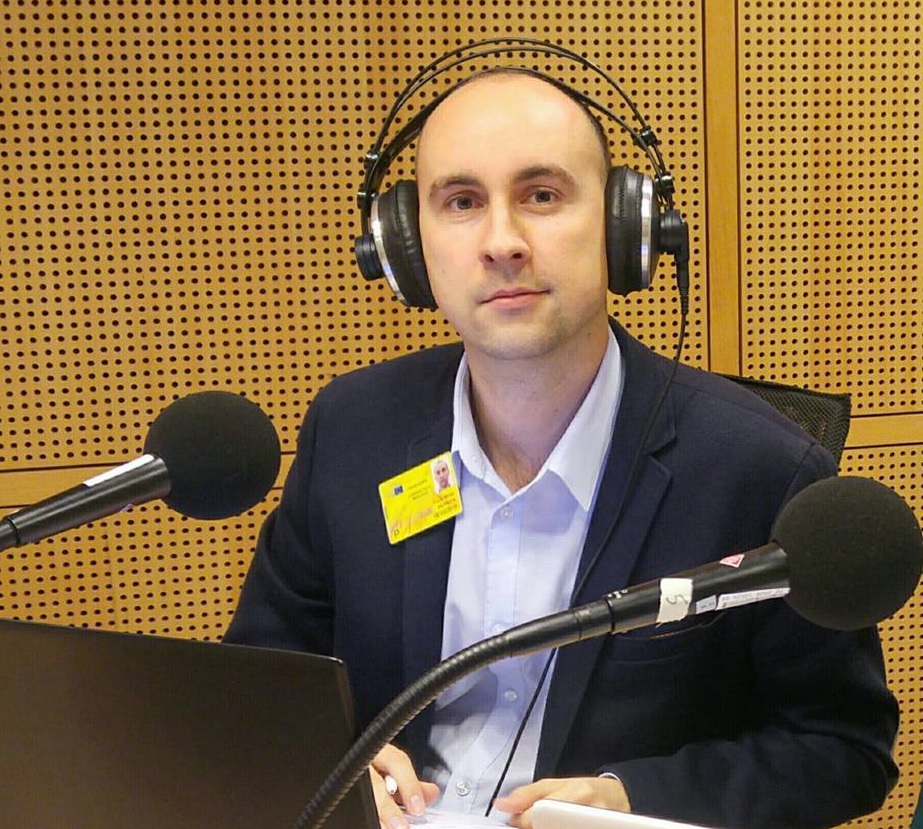 On 24 February, I was with my ear to the radio hour after hour and did not miss a single news broadcast. Russia’s unprovoked invasion of Ukraine has also triggered an acute need for information. It is becoming increasingly obvious that serious media not only provide news, but also debunk fake news and disinformation. This is a new function of the media – alongside information, education and entertainment – that has cemented its place in textbooks. The war has shown the importance of international cooperation. The M100 alumni group has provided me with many such opportunities, and thanks to this network I have managed to avoid interpretation pitfalls when reporting on the conflict for the public.”

Lucian Bălănuță is a radio journalist and an assistant professor at the Faculty of Letters – Journalism and Communication Sciences from the University “Alexandru Ioan Cuza” Iasi, Romania. He holds a Ph.D. degree in Political Science.

Lucian participated in the M100 Young European Journalists Workshop in 2013. Find out more about Lucian here.