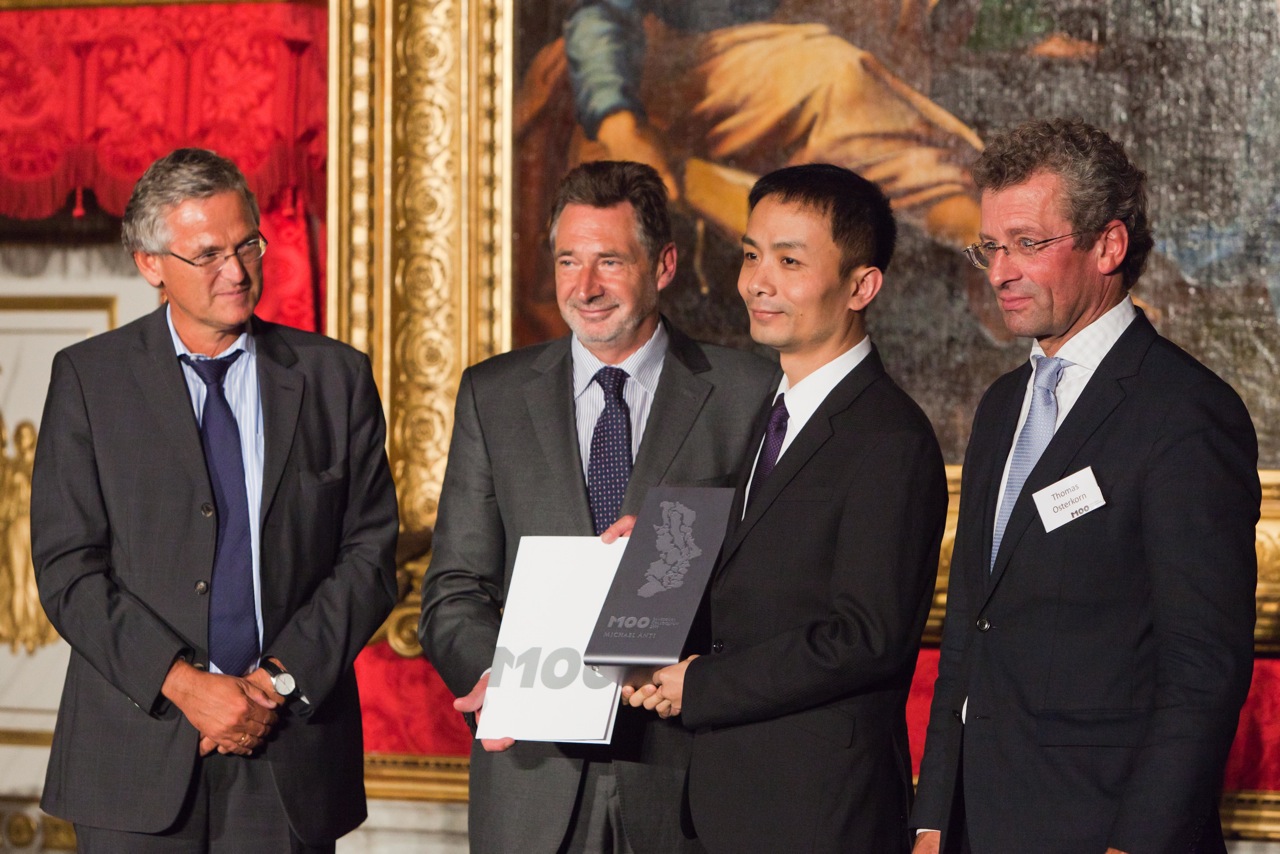 In 2011, the Chinese blogger Michael Anti was honoured with the M100 Media Award. The M100 Media Prize will be awarded on September, 8 as part of the international media conference M100 Sanssouci Colloquium at Potsdam’s Raffael Saal.
The laudatory speech will be held by Dr. Peter Frey, editor-in-chief of ZDF, and Thomas Osterkorn, editor-in-chief of Stern.

Michael Anti was born in 1975 as Zhao Jing in Nanjing. He is one of the most read bloggers in China and close friends with the Chinese Nobel Prize winner Liu Xiaobo. For ten years now he calls himself Michael Anti. “The Internet has led to me to discover unopened archives of national tragedies,” he wrote in November 2010 in an article for the German newspaper taz. “After reading memoirs and oral accounts of Liu and his friends about Tiananmen, I realized that I had been totally wrong. So I became an Anti, a protester against the establishment. I set up platforms for freedom of speech, the press and religion. ”

For years the 36-year-old has bravely addressed corruption in his country. “I am a journalist, not a dissident,” he said in an interview with Frankfurter Allgemeine Zeitung. “I report on events – I don’t make them.” He knows how to handle censorship, he twitters and blogs almost around the clock. Ai Weiwei calls him “a free spirit.”

He worked as a reporter in Iraq and as an assistant in the Beijing bureau of The New York Times. In 2005, after pressure from the Chinese government, Microsoft took Anti’s critical blog off the net. This made him famous over night. Newspapers around the world reported about the case and ithe incident sparked debates about the role of Western companies in China’s censorship system. Due to public pressure, Microsoft put Anti’s blog online again. Anti has received numerous scholarships, including Harvard and Cambridge and is a much sought-after speaker at conferences around the world. He lives in Beijing.

The M100 board presents the award to Michael Anti in recognition of his brave, unwavering and exemplary advocacy on behalf of the freedom of the press and freedom of opinion and for his courageous battle against censorship and corruption. Potsdam’s Lord Mayor Jann Jakobs, who is also Chairman of the M100 Board, said: “With Michael Anti, we honour a man who despite of his young age, has been committed to the dissemination of free speech and the free word for many years – courageously, eloquently and uncompromising. Michael Anti typifies the new, young generation of China. The price is supposed to support him in his work and to set a sign.”