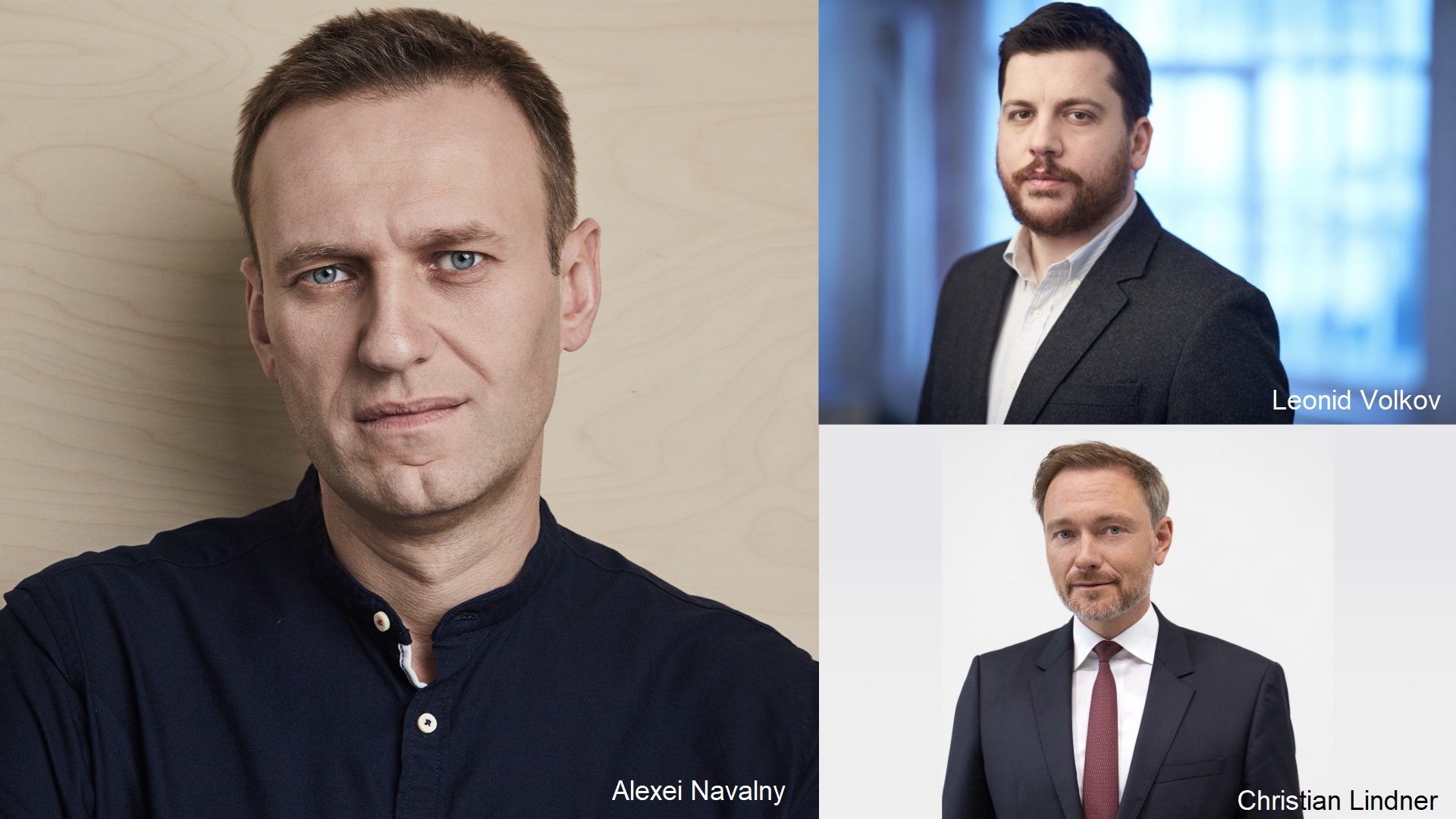 • Christian Lindner to hold the laudation
• Award Ceremony on 6 October in the Palace Theatre of the Neues Palais, Potsdam/Germany

Potsdam/Germany, 3 September 2021. This year’s M100 Media Award will be presented to the Russian opposition politician Alexei Navalny and his foundation FBK (Anti-Corruption Foundation). The award for Navalny, who has been in prison since January, will be accepted by his closest associate and confidant Leonid Volkov. The laudation will be delivered by Christian Lindner, the Federal Chairman of the FDP, who has been campaigning for Navalny’s release for months.

“Alexei Navalny is a tireless fighter for justice, transparency and democracy,” Lindner states. “Despite unlawful detention, he continues to fight for a free and democratic Russia. It is an honour for me to give the laudation on the occasion of the presentation of the M100 Media Award to Alexei Navalny.”

“I am honoured and proud to accept the M100 Media Award on behalf of Alexei Navalny and the Anti-Corruption Foundation,” Leonid Volkov says. “It’s very important that his and our activities to raise awareness about corruption and spread the message of freedom through social media over the last 10 years are also recognised in Europe.”

In presenting the award to Alexei Navalny, the advisory board of the M100 Sanssouci Colloquium, chaired by Potsdam’s Lord Mayor Mike Schubert, is sending a clear signal about the importance of defending European values through an independent opposition and civil society, fair judicial procedures and the right to exercise basic human rights. The award also serves as a symbol for the almost 400 political prisoners in Russia, as well as murdered politicians and journalists and for the fight against increasing autocracy in Europe.

Alexei Navalny is the leader of the Russian opposition and founder of the Anti-Corruption Foundation FBK. He became known for his anti-corruption investigations against state-owned companies and high-ranking government officials. He came second in the Moscow mayoral elections of 2013. In 2018, he campaigned, but was not allowed, to appear on the ballot for the Russian presidential election. On 20 August 2020, he was poisoned with the military-grade nerve agent Novichok before or on a flight from Tomsk to Moscow. At the behest of his family and prominent supporters, he was transferred to Berlin’s Charité hospital, where he remained in a coma for a month. He survived and, after a period of rehabilitation, returned to Russia on 17 January 2021, where he was immediately arrested. He was accused of having violated parole conditions from a previous criminal case due to his hospital stay in Germany and sentenced to two and a half years in a penal camp.

Leonid Volkov is a Russian politician, chief-of-staff and political director of Alexei Navalny’s team. He was campaign manager for Navalny’s 2013 mayoral campaign in Moscow, as well as for his attempt to register for the 2018 presidential election. He later set up and managed the political activities of Navalny’s offices in more than 40 major Russian cities. Since 2018, he has been responsible for Smart Voting – a tactical election campaign that defeated hundreds of members of Putin’s United Russia party in regional elections. Since 2019, Leonid Volkov has been based in Vilnius, Lithuania, and also represents Team Navalny at the international level.
Volkov is an IT project manager by profession and holds a PhD in computer science from Ural State University in his hometown of Yekaterinburg. He was a member of the Ekaterinburg City Council from 2009 to 2013 and was elected its only independent member. In 2015, Volkov founded the Internet Protection Society, a non-governmental organisation that promotes internet freedom and digital rights in Russia.

The award ceremony will take place on 6 October at 18:30 (MEZ) in the Palace Theatre of the Neues Palais in Potsdam. Beforehand, at the M100 Sanssouci Colloquium under the title “From Crisis in Perpetuity to Democratic Resilience“, around 100 media makers and opinion leaders from Europe and the USA will discuss in a hybrid format the resilience of our democracy to crises, (post-) coronavirus leadership, the relationship between politics, science and the media, the reasons for an increase in anti-democratic, autocratic forms of rule as well as the responsibility and current challenges faced by the media under these complex and difficult circumstances.

The programme items in the Schlosstheater will be streamed live at https://www.m100potsdam.org/en/
A current overview of the participants can be found here.