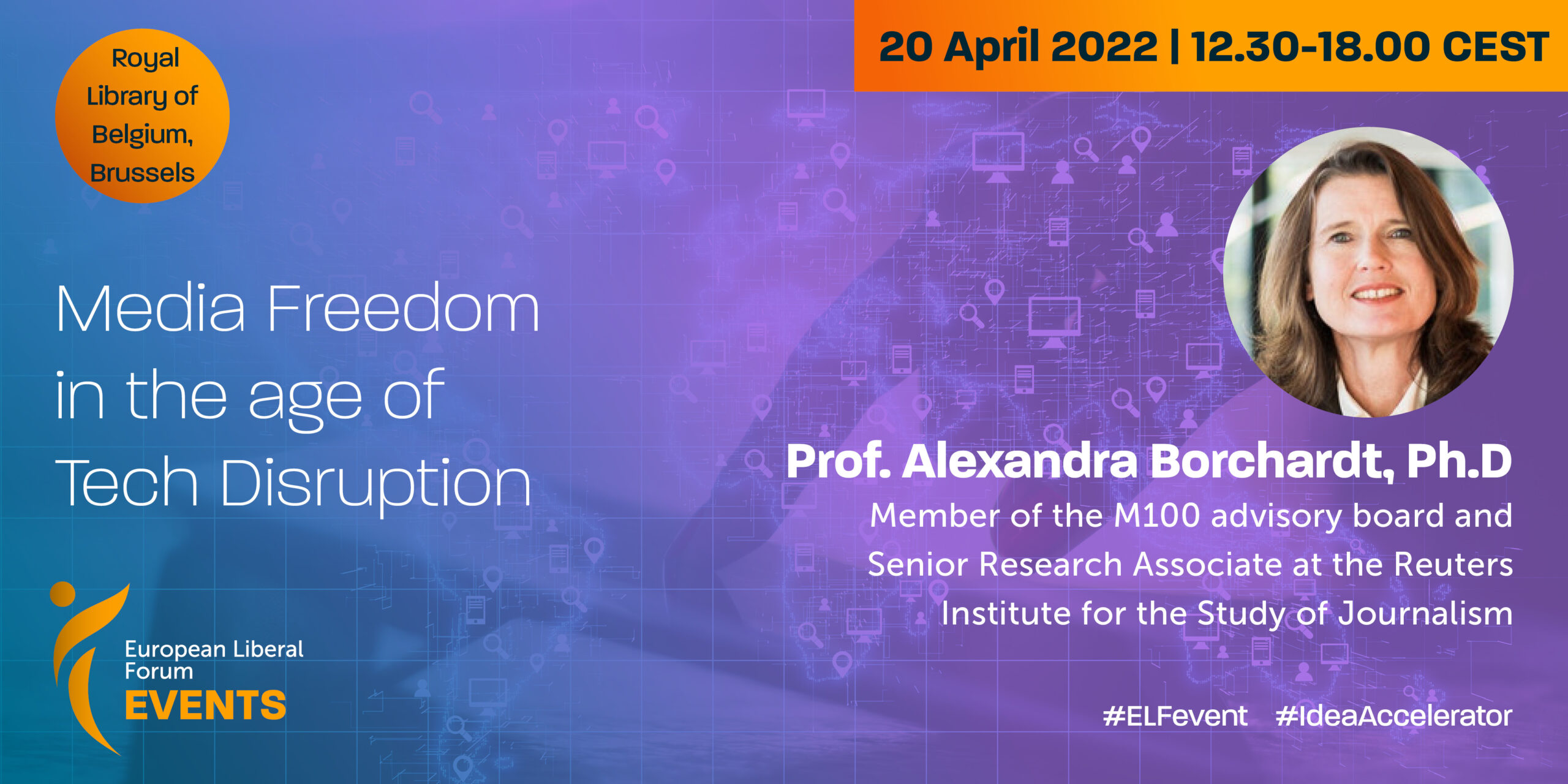 18 March 2022. We are happy to be invited to this year’s ELF Idea Accelerator Conference in Brussels on 20th April on the topic “Media Freedom in the Age of Tech Disruption”. M100 board member Prof. Dr Alexandra Borchardt will speak on a debate about a controversial statement “Should State-funded media outlets be banned?“ to spark vivid discussions with the audience.

The conference will look at the tension between media freedom and the new age of information technology. How can we embrace technologies that will progress media, while ensuring credibility, reliability and media freedom? Following the fast transition of traditional methods to digitised processes, disinformation, fake news and propaganda is poisoning European media now more than ever. As a result, the freedoms of some EU states are under threat. Journalists are restricted or even attacked in their work, outlets are censored, and the general media landscape is being suffocated.

The conference is organised by the European Liberal Forum, which encourages collaboration among liberals in Europe through events, discussions and collaborative research projects and which is partnering this year’s M100 Sanssouci Colloquium. Please find more information about the Idea Accelerator Conference and a registration form here.