Today, M100 is one of the top-class platforms for quality journalism, democratic discourse and freedom of the press and opinion in Europe and has become an integral part of Potsdam’s calendar of events. 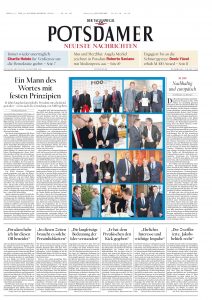 The large view of the title page can be found here.