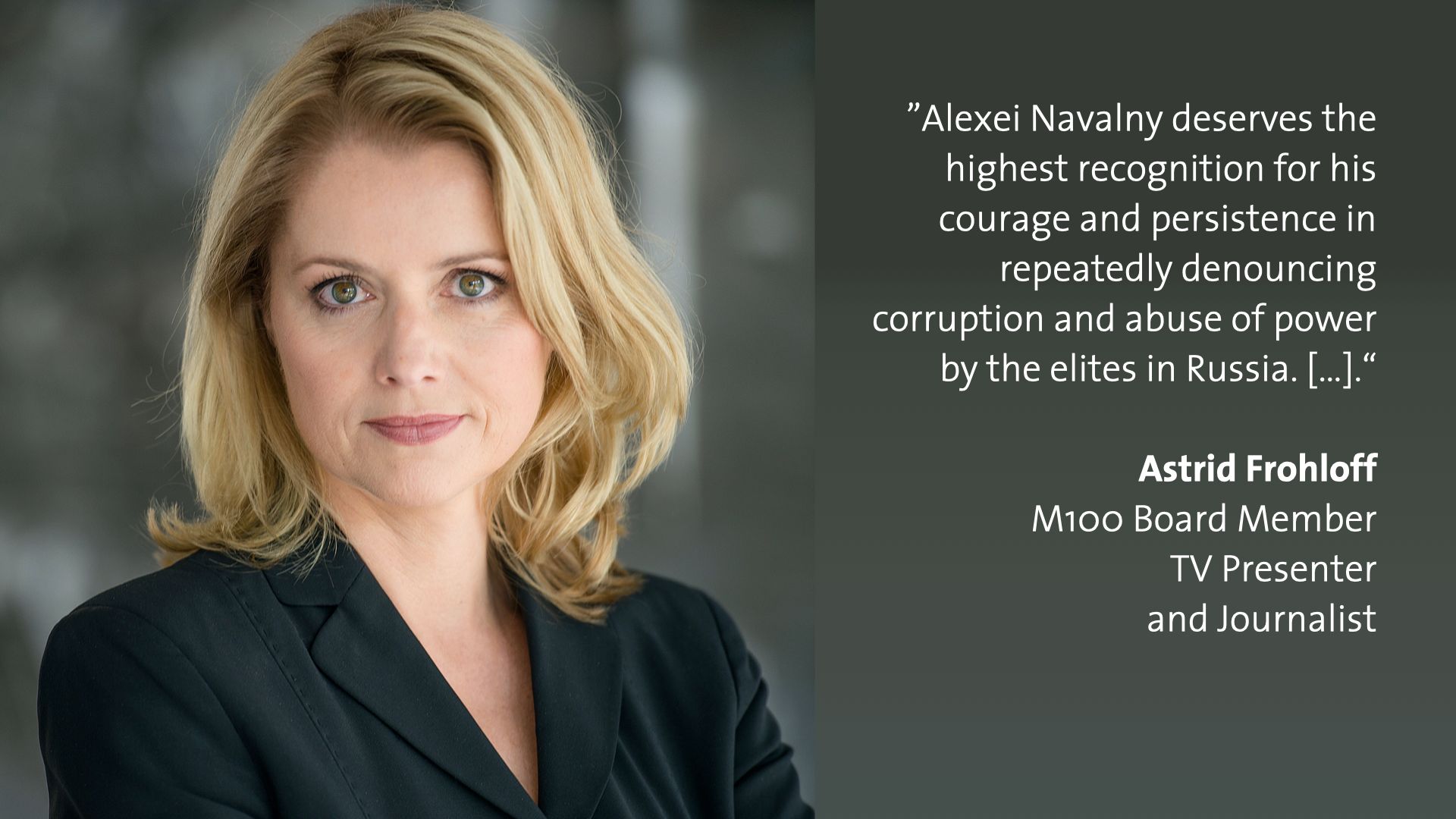 “Alexei Navalny deserves the highest recognition for his courage and persistence in repeatedly denouncing corruption and abuse of power by the elites in Russia. Despite severe harassment by the regime, he has not allowed himself to be intimidated. His commitment to human rights and freedom of expression at the cost of personal suffering is incredibly admirable. Distinguishing Alexej Navalny with this award is also a sign for the almost 400 political prisoners, murdered politicians and journalists in Russia.”

Astrid Frohloff is a German TV presenter and journalist and member of the M100 Board.