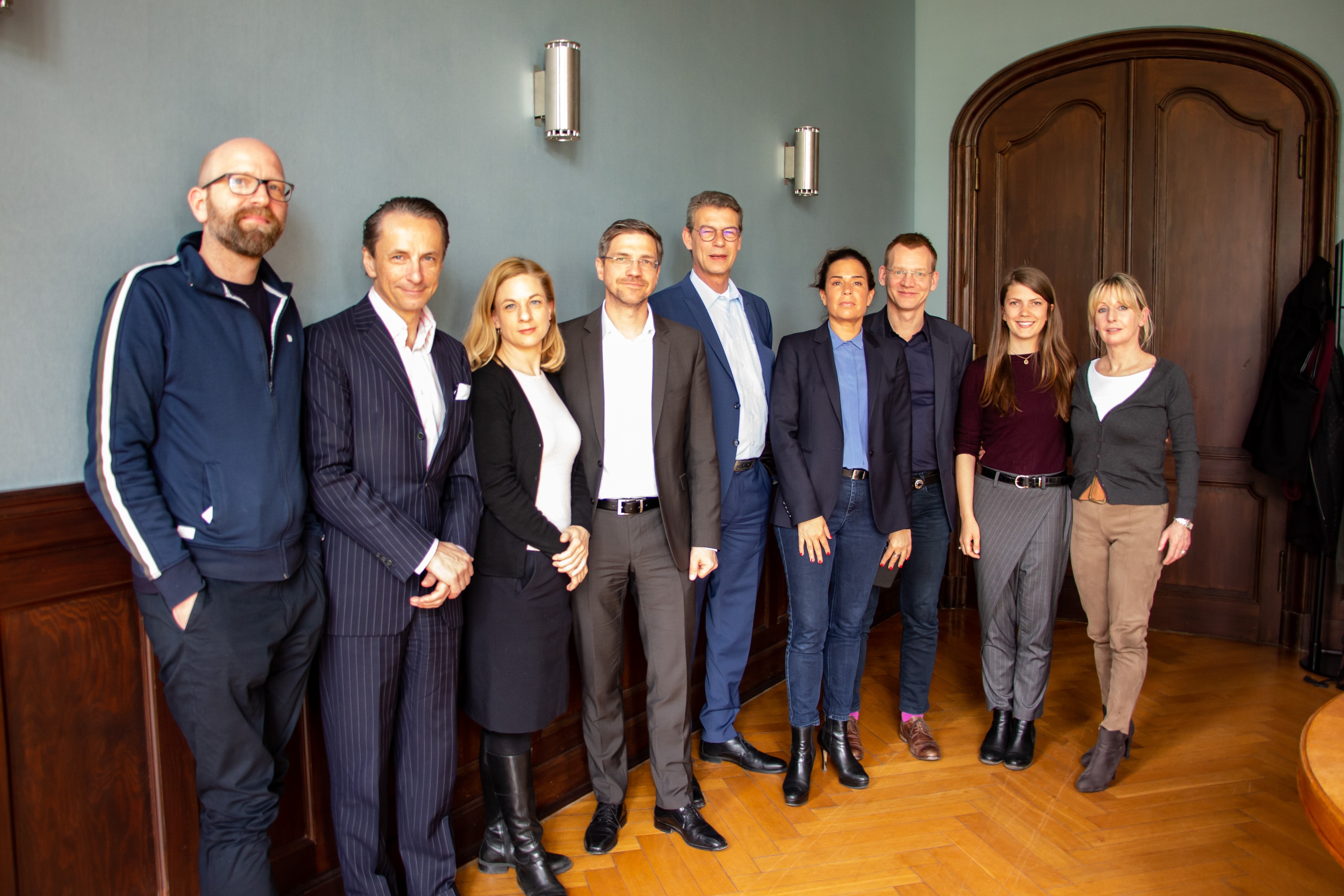 Mike Schubert was elected Lord Mayor of Potsdam on 14 October 2018 and has since taken over the official duties of his predecessor Jann Jakobs. The local politician of the SPD is also pleased to take over the chairmanship of the M100. Over the past 15 years, M100 has become an integral part of the cultural programme of the city of Potsdam, which is why the Lord Mayor emphasised how important it is that M100 be continued in the future. Jann Jakobs will continue to serve as a member of the M100 advisory board.

Since September 2016, Schubert had already been deputy for social affairs, youth, order and health in the state capital, before which the political scientist was responsible, among other things, for disaster control in the state of Brandenburg. Schubert grew up in Potsdam, was a city councillor for the SPD from 1998 to 2016, and since 2005 has been parliamentary leader of the Social Democrats. Potsdam’s new mayor is married and lives with his family in Golm.

At the advisory board meeting on April 11, the conference theme and format of the M100 Sanssouci Colloquium 2019 were discussed for the first time, and various M100 prize winners were nominated for the M100 Media Award 2019. The results will be announced as soon as possible.