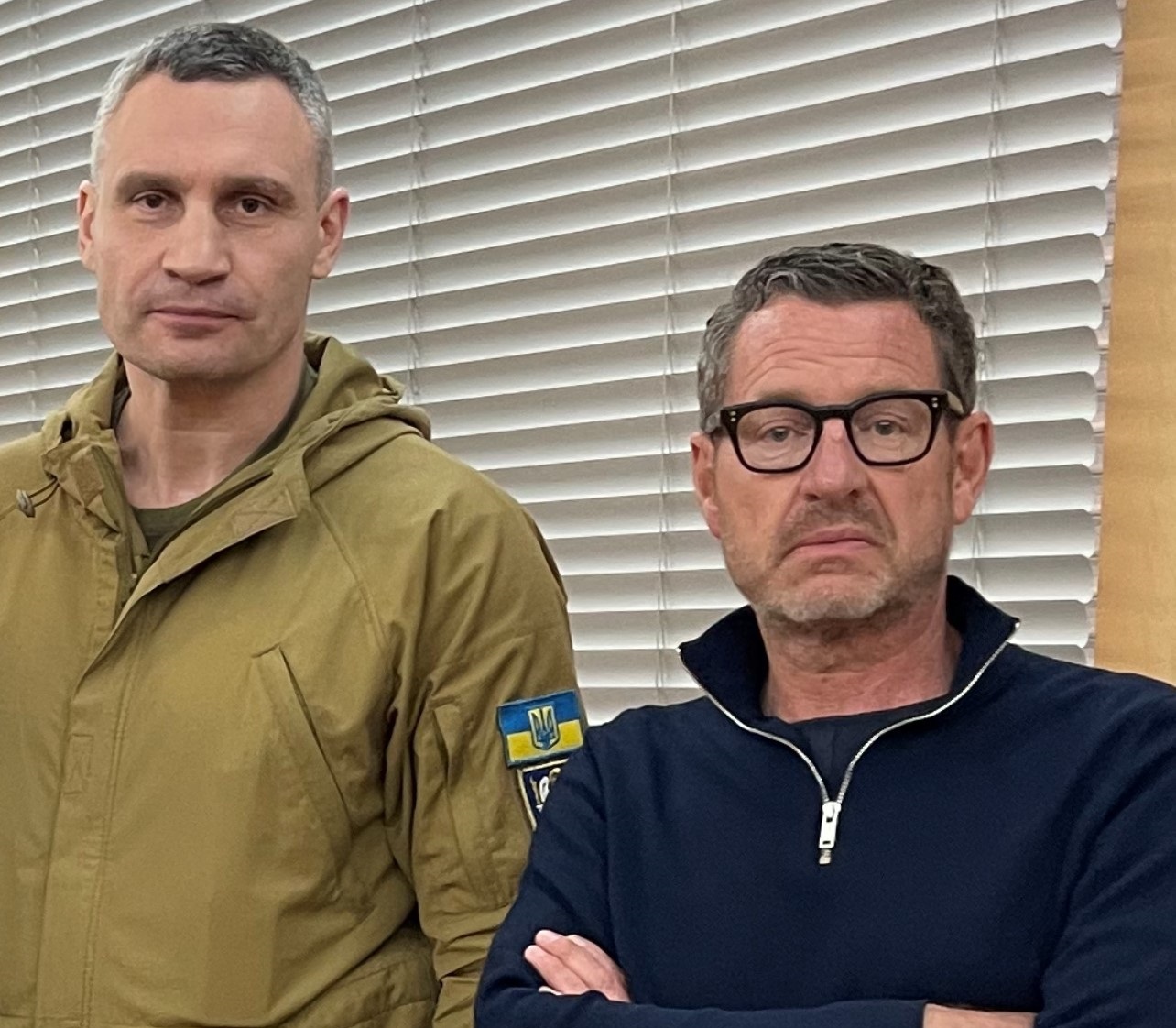 25 April 2022. On 10 April, M100 Advisory Board member Kai Diekmann accompanied Austrian Chancellor Karl Nehammer to Kyiv and Moscow. In Kyiv he met Vitali Klitschko, who was awarded the M100 Media Award in 2014.

“I have known Vitali Klitschko and his brother Vladimir for years, we are very good friends”, says Kai Diekmann. “To see them both again in this situation, under these circumstances, was a very emotional and at the same time depressing experience. Actually, we had arranged to meet on 24 February, the flights to Kyiv were booked, it was supposed to be a private meeting The night before, Vladimir called me and said: “Better stay at home, don’t come to Kiev, it’s too dangerous.”

Their greatest wish is that the EU and Germany support Ukraine even more so that they can win the fight against Putin. Giving up is not an option. I admire them and at the same time I have great concern for them.”
An article on CNN explains more about Karl Nehammer’s mission in Kyiev and Moscow.