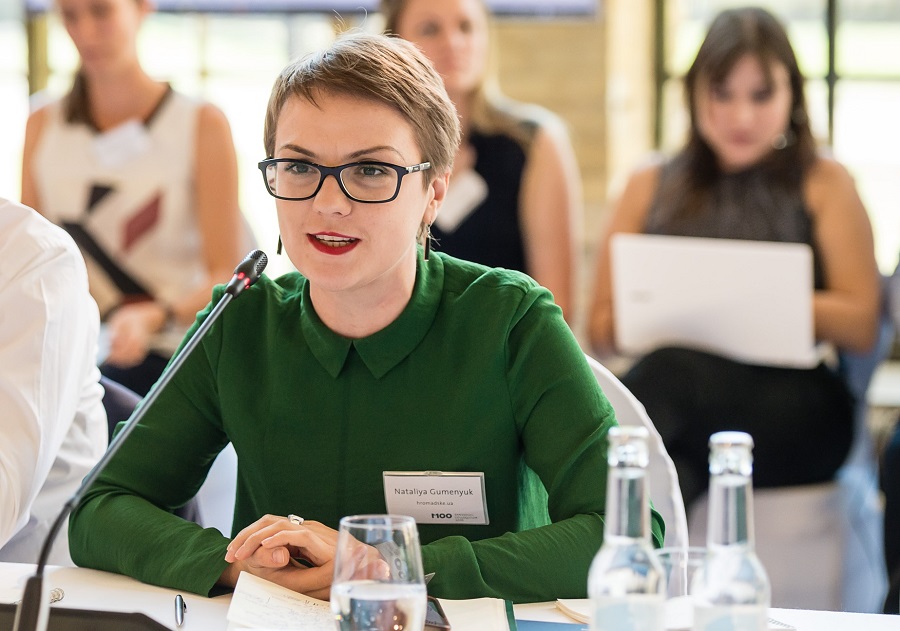 19 February 2022. Nataliya Gumenyuk has written an emotional text for the Guardian, which was published today.
Nataliya is an Ukrainian journalist, specialising in foreign affairs and conflict reporting. She is co-founder and head of the independent internet channel Hromadske.TV and has participated at the M100 Sanssouci Colloquium in 2016.

On her Facebook profile she introduced her text with very personal words:
“First of all, at the moment I feel pity about those people in Donetsk and other towns in the Donbas who are called to be evacuated to Russia, with all the sirens rising and people in the lines to petrol station. That hysteria is all over the local telegram channels. I’ve written this column for The Guardian tonight about the week in Ukraine. And though I was not skeptical, and still think something in a mid of chaos can happen here (as a major power cut), the eyes and ears should be in the Donbas. As in the end, those who lived with this war would again suffer most.”