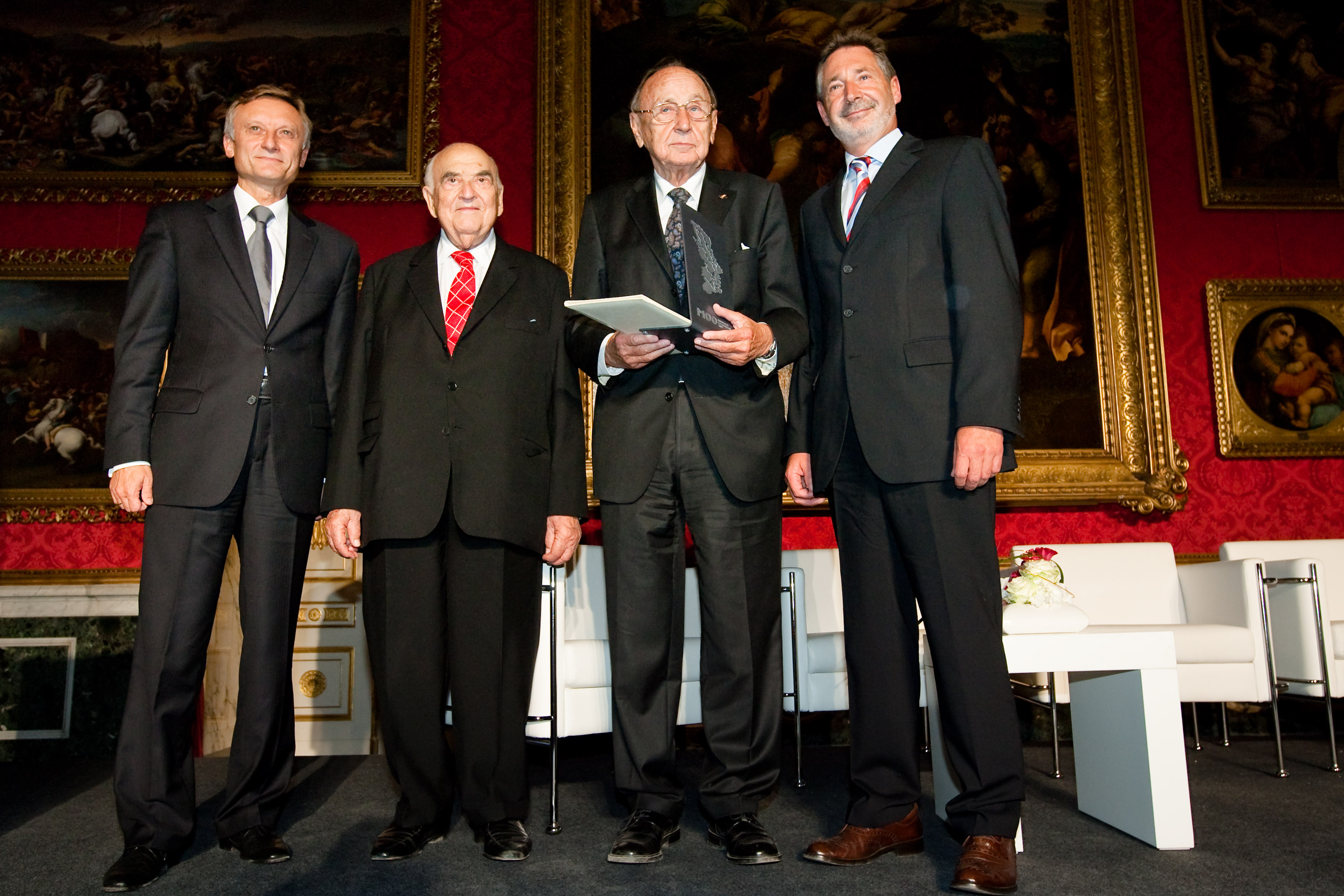 The laureate of the M100 Media Award 2009 will be Hans-Dietrich Genscher, former German Foreign Minister.

“During his long time in office as Foreign Minister of the Federal Republic of Germany Hans-Dietrich Genscher advocated a policy of déténte between East and West”, said Jann Jakobs, Lord Mayor of the state capital Potsdam and chaiman of the M100-Board. “Thus, not only did he contribute largely to the Fall of the Berlin Wall but also to Germany’s reunification. It was his appearences during Summer and Autumn 1989 that made him the figurehead of the German reunification in the eyes of many, and also a sybolic figure for understanding amongst the nations of the world. It is a great privilege for us to be able to honour his achievements in the process of the German reunification praticularly in this year, when we commemorate the 20th anniversary of the Fall of the Berlin Wall.
The Board of the M100 Sanssouci Colloquium awards the price to him in recognition of his services to Germany and Europe in fostering international peace and understanding and in overcoming the German and European divide.
The price-giving ceremony will be conducted on September 15th in the Raphael Hall in the Orangery in Sanssouci Park, Potsdam.
The Laudation will be held by the Ambassador of Poland, Dr Marek Prawda,.

The organisers are delighted to announce that André Azoulay, who is adviser to the King of Morrocco has agreed to address the conference in a keynote speech during the closing session. For the past 30 years, Azoulay has supported the struggle for peace and inter-religious dialogue in Europe, North America, Morocco, as well as in Arab and Jewish diasporas around the world. His achievements have been recognised by the French ‘Légion d’honneur’ by decorating him with their prestigious order, to name but one.

Each year, M100 Sanssouci Media Award recognizes a European personality who, through his or her work has left their mark on Europe and the world. The award reflects their service to the safeguarding of freedom of expression and the deepening of democracy in Europe as well as their outstanding achievements in promoting international understanding and communication.
Previous Prize Laureates were Lord Foster, architect (2005), Dr Bernard Kouchner, founder of ‘Médecins sans frontières’ and French foreign minister (2006), Bob Geldorf KBE, musician, Africa-activist and founder of Live AID (2007) and Ingrid Betancourt, Franco-Colombian politician (2008).