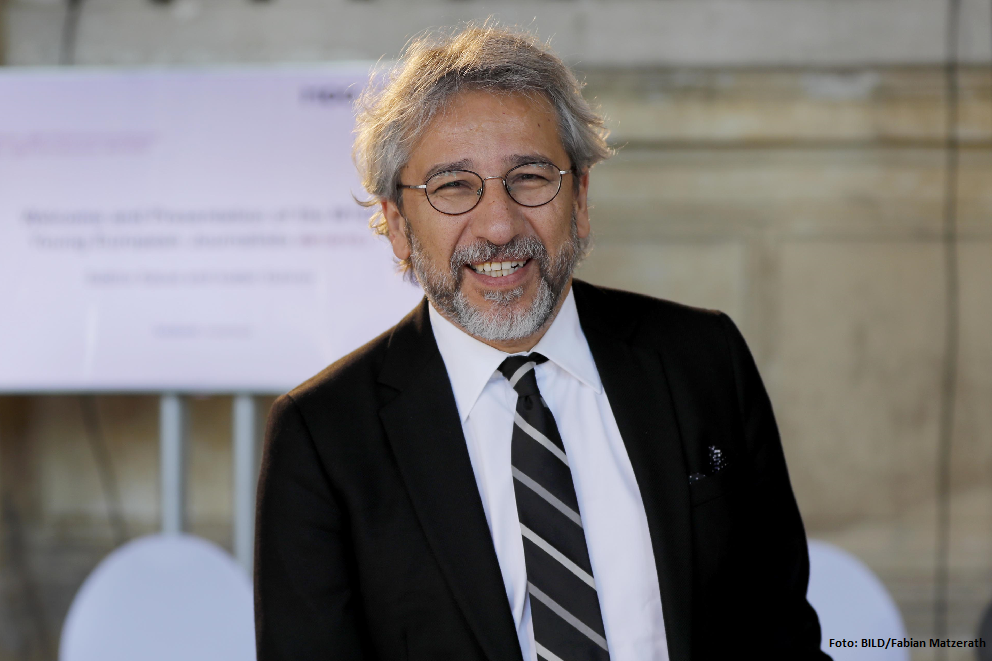 As a result of his reporting on secret Turkish arms deliveries to extremists in Syria, Dündar and his colleague Erdem Gül were sentenced to a lengthy prison term by a Turkish court of first instance. Hence, he lived in exile for more than one year. While Dündar could escape abroad, his wife’s passport was taken away and Dilek is not allowed to leave the country anymore. Beforehand, Dündar stated at the Frankfurt Book Fair in 2016 that Turkey was the only modern, secular country with a Muslim majority. But in the meantime, it slowly developed to an Islamic dictatorship. “We are losing this country”, Dündar emphasized. Following the attempted coup in Turkey, Dündar announced that he would not return to Turkey as long as the state of emergency was still in place. A condition of “lawlessness” prevailed since the coup attempt, he said, and he no longer had any trust in the Turkish justice system.

The award-winning Dündar regularly writes columns for the weekly paper “DIE ZEIT”. In cooperation with the non-profit research network “Correctiv!”, he has launched the bilingual journalistic platform “Özgürüz” in January 2017. In Turkey the page is blocked.

Dündar takes part in the M100 Sanssouci Colloquium for the second time. This year more than 70 editors-in-chief, historians and representatives of political institutions from 21 countries will discuss political visions and concrete strategies in an international order under new auspices, the crumbling of the democratic order as well as the media in light of rapidly changing operating conditions in the Orangery of Sanssouci in Potsdam.

This year’s laureate will be announced soon.