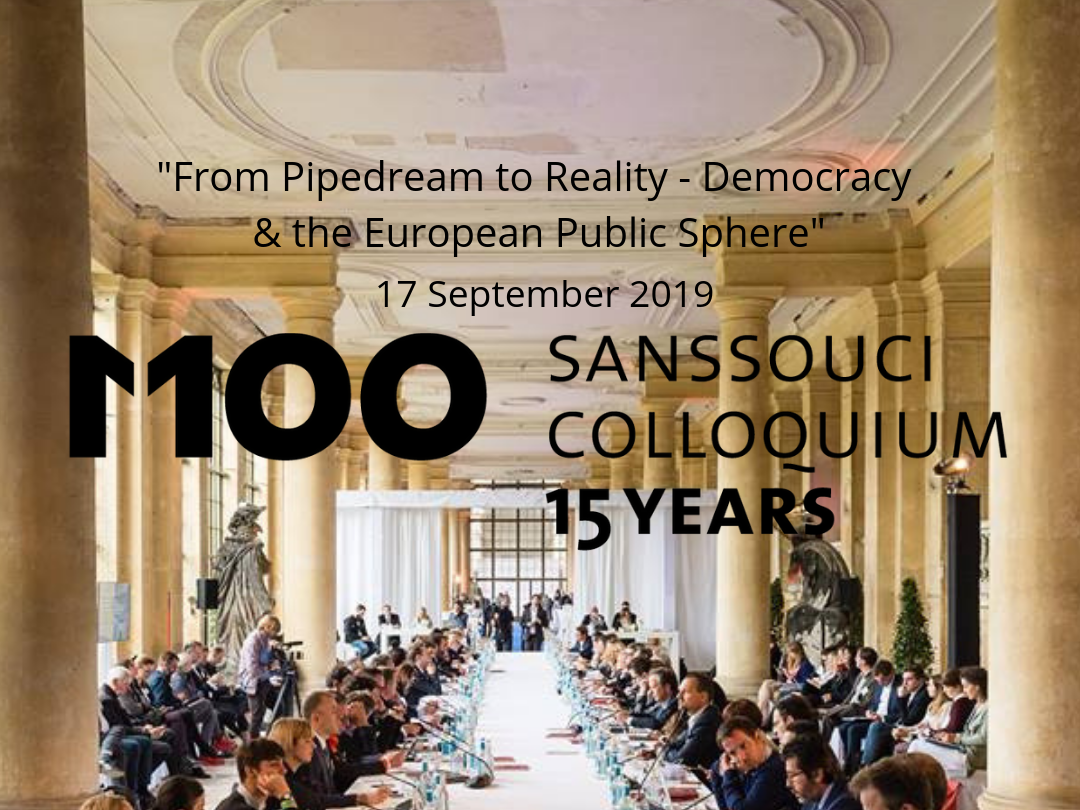 Potsdam, 27 June 2019. On 17 September, the future of the European public sphere will be discussed at the M100 Sanssouci Colloquium in the Orangery in Potsdam. For 15 years, M100 has been bringing together international thought leaders from the worlds of media, politics, and academia to assess the role and impact of the media in international affairs.

In its anniversary year, the M100 Sanssouci Colloquium looks back to the theme of its first event 15 years ago: “Quo Vadis Europe?”. In 2005, under the impression of EU enlargement and the trajectory of a seemingly “ever closer union”, journalists and media makers were still optimistic. Today the existence of the European project is at stake. The spectre of disintegration on nationalistic grounds looms, European values are being called into question – and the European public sphere which many consider a prerequisite for European democracy remains wanting.

Against this background – and in light of the transformations that technological developments are bringing about in journalism and democracy worldwide – the anniversary edition of the M100 Sanssouci Colloquium “From Pipedream to Reality – Democracy & the European Public Sphere” will deal with the future of the European public sphere.

M100 will also host the M100 Young European Journalists Workshop in the run-up to the conference and award ceremony. 25 young journalists from Europe, the countries of the Eastern Partnership and Russia will be invited to Potsdam and Berlin for an intensive 9-day training on “Reading in the Digital Age – Innovative Journalism”. Finally, the participants of the workshop will take part in the M100 Sanssouci Colloquium.

M100 is an initiative of Potsdam Media International e.V. and is mainly financed by the State Capital of Potsdam. Other supporters include the Federal Foreign Office, medienboard Berlin-Brandenburg, Federal Press Office, Friedrich Naumann Foundation and the National Endowment for Democracy. United Europe e.V. is our partner. Cooperation partners include the Stiftung Preussische Schlösser und Gärten, Reporters without Borders and the Verband Deutscher Zeitschriftenverleger (VDZ).